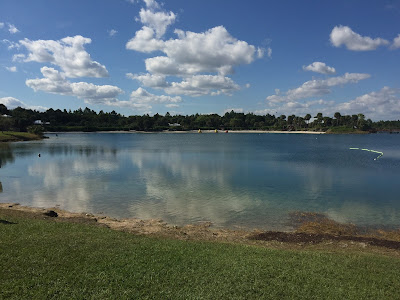 Yuck and yuck!  The nasty pond we had to swim in!  And two laps to boot!  David and I took a quick trip down to Miami to race the USAT Nationals, hoping to snag a qualifying spot to race in Penticton, Canada the following Summer.  I was racing the 70.3 distance and David was competing in the aqua bike.  It has the same swim, bike section but lacks the run.  He was so happy about that! 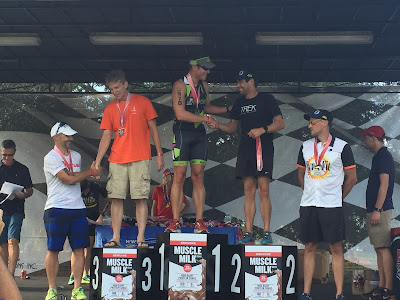 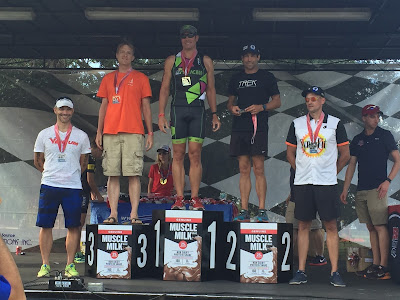 And he did great!  Second place in his age group and second place overall!  Team USA welcomes David Simmons to the team! 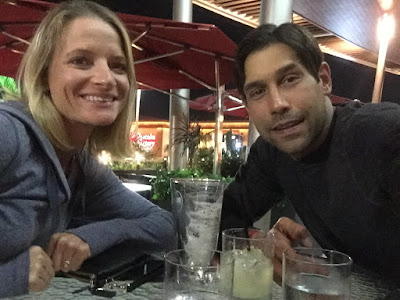 I have no idea where my pictures are.  I know he took some of me up on the podium. If I find them I will have to edit and add them.  In the meantime, I had a great race.  A new PR for me of 4:36. I was second in my age group and third overall.  I was pleased and had a great race and a fun weekend with my husband.  We make a great team.  Penticton, here we come!
Posted by Jaime at 7:50 PM