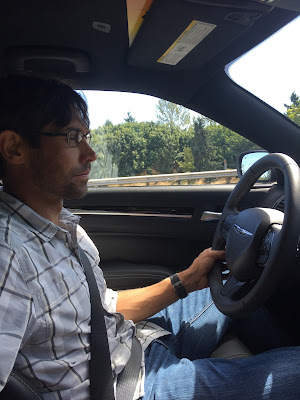 Penticton was not the easiest place to fly or drive in to.  Penticton has a tiny airport of which there were NO flights into for the times we needed. NONE.  The next closest airport was Calgary and we couldn't get a flight into that airport either so....we flew into Seattle, rented a car and drove to Penticton a lovely 6 hours away.  It was all fine for the drive to the race, but leaving right after our race to drive back to Seattle was TERRIBLE...more on that later. 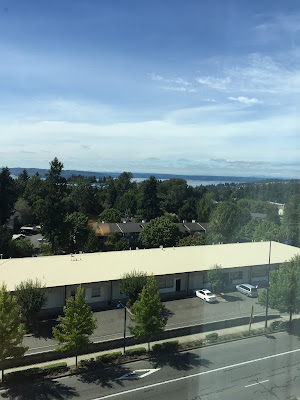 View from our hotel in Seattle.  Seattle was a beautiful city and I would like to go back there and visit one day.  They were in the middle of a drought and everything was so brown. 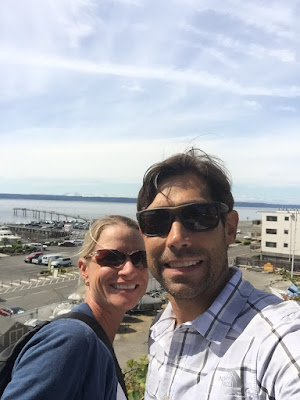 We took a walk around the hotel and down to the water.  It was beautiful.  We weren't far from the airport and in a matter of 10 minutes I think I counted 60 planes coming in....one right after the other. 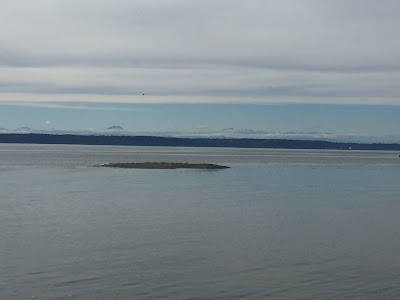 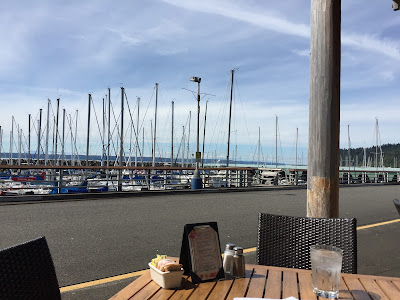 Our view of the harbor at lunch.  There were 100's of sailboats. 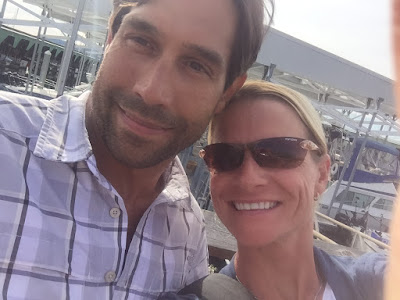 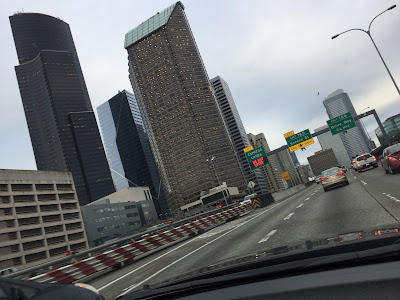 Up early the next morning to beat the rush hour traffic in downtown Seattle.  Really it looked just like any other big city.  I enjoyed seeing the tall skyscrapers and Seahawk stadium from the road.  I was a little disturbed by the number of homeless communities seen along the interstate.  Really, entire communities were living off the interstate in tents. 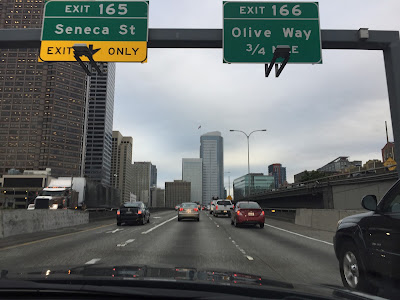