The lobby at LEGOLAND 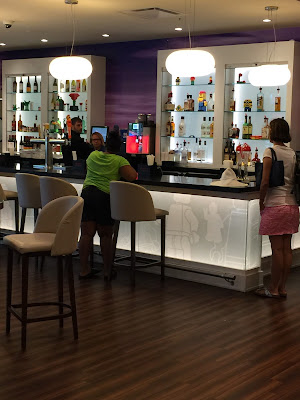 The bar at the hotel.  You were given a beer in a plastic cup.  Not ideal but we were thankful they had a place to get drinks.  The lobby was full of entertainment all day long.  Every night there was a PJ party that was crazy and loud.  We participated one evening in this activity.  It was even too crazy for the boys. 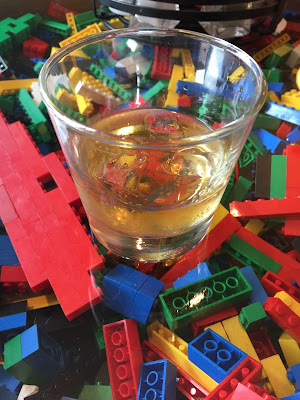 David did asked for his bourbon to be poured in a glass...if they could find one.  Yes, the big score for the night.  A daddy who does it all needed something special. 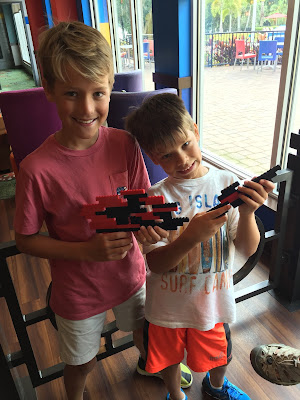 And, of course, every lego could be constructed into a weapon.  The lobby was filled with tubs and bins of Legos.  You could make whatever you wanted, whenever you wanted.  The guns were such a hit they started making different versions for friends they met in the lobby who wanted one. 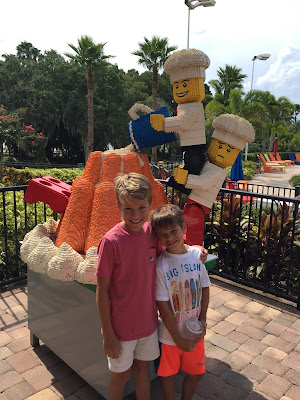 The chefs!  The kitchen was pretty amazing.  It was full of legos like this one. It was a buffet style restaurant and we only ate their for breakfast as it was included in the room package.  The enormity of the lego statues were nothing short of impressive. 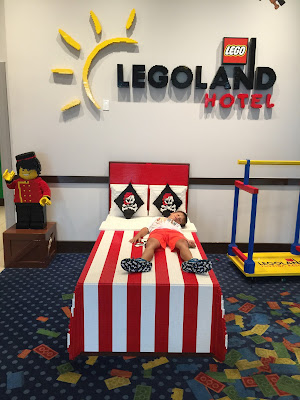 A bed of legos.  Really, everything in the hotel is made of legos.  You know it was hard as a brick! HA! 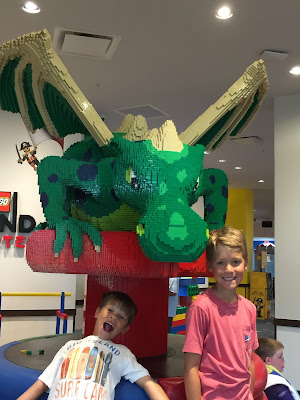 This dragon was one of my favorites.  You can find him in the lobby the hotel. 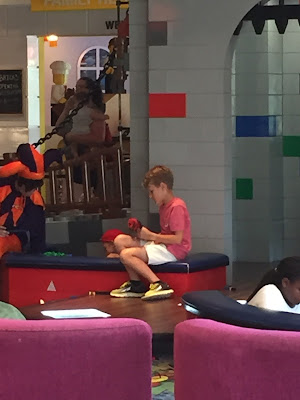 Their was a castle in the lobby with at Lego mote around it that was make up of lego duplo's. 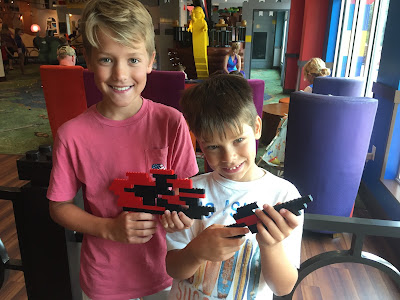 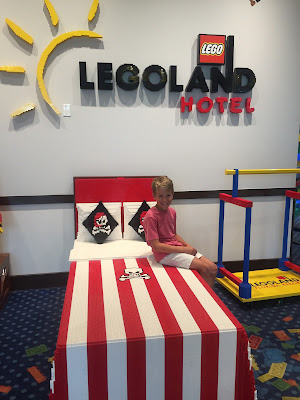 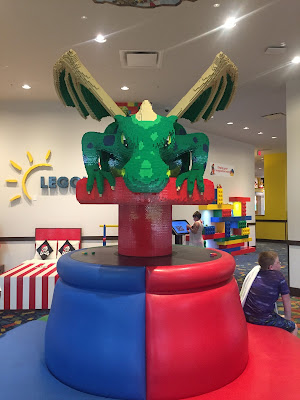 Go ahead, I know you want to shout it from the rooftops, "Everything is AWESOME!"