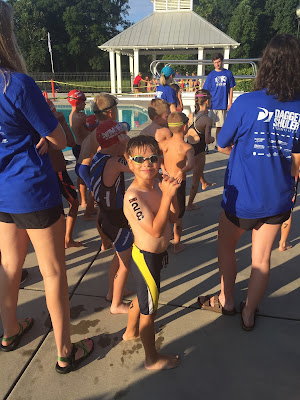 Oh my he was so excited and maybe a little nervous too.  I can tell you he wasn't as nervous as me!  Once again this is the BEST triathlon for kids.  The distances are age appropriate, the volunteers are amazing, the transitions are the real deal, the finish line and medals are spectacular...there is even a post race tent with massage therapists, and post race snacks.  It really is a kid version of the adult races. 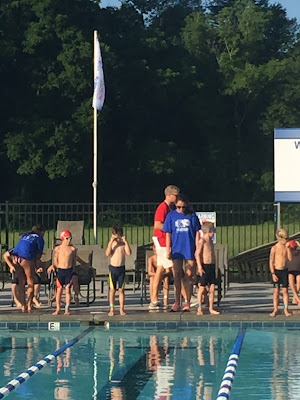 Lined up and waiting to enter the water.  They swim 2 to a lane.

Here he comes for the first 25!  Go Lucas go!  He has graduated from the scuba mask and is sporting googles now.  He even races without his swim shirt.  He still practices in it but he will part with it to race. 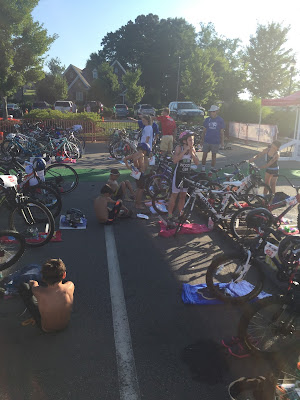 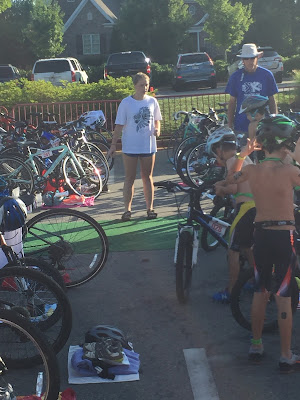 In and out of transition with ease!  Volunteers making sure their helmets are on and know what direction to go.  It was hard trying to get pictures of all the boys because they all stated at different times.  And, they are fast and it is hard to keep up! 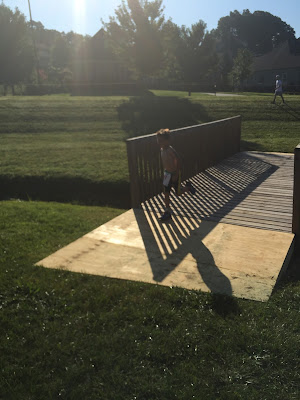 Look at his form...it is improving! 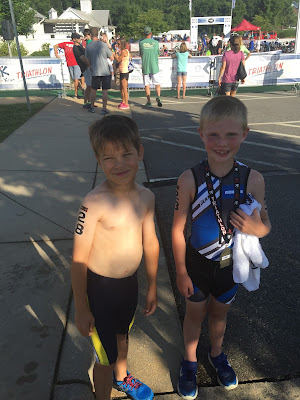 Glad to be done and proud of their accomplishment!  You see Lucas's arm?  They even get tattoo racing numbers. 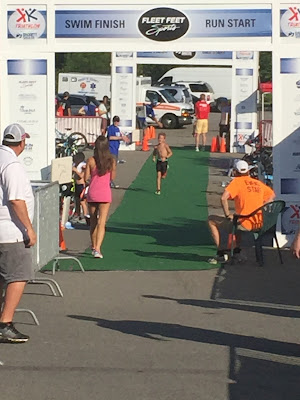 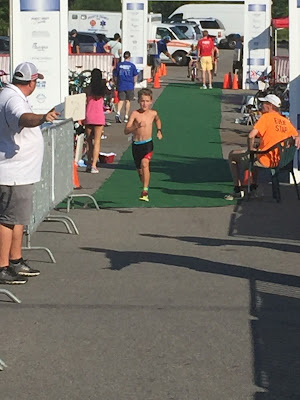 Hunter was off the bike and headed out on the run course.  He didn't get lost this time.  He was racing well! 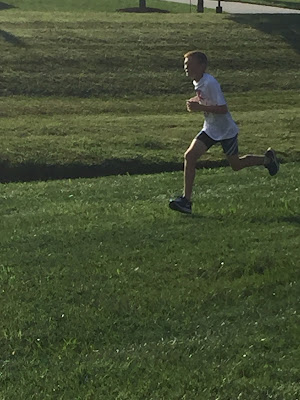 Evan headed towards the finish line!  He has grown a lot over the summer and is now several inches taller than Hunter.  He has great running form and his picked speed! 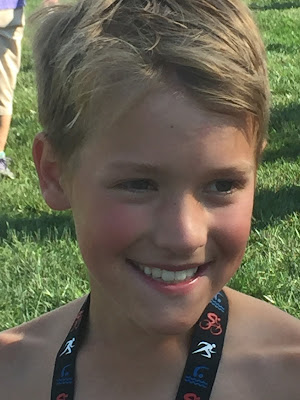 Rosy cheeks and a happy smile! Look!  The braces are off!  He got them off a few weeks before. 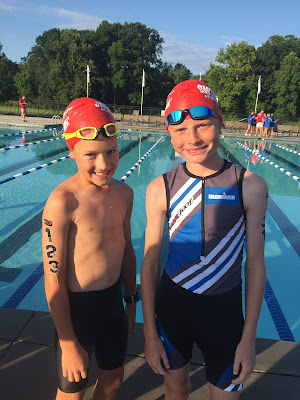 Best buddies waiting together to jump into the water.  Both of them get so nervous.  Still, I don't think they are nearly as nervous as mom!! 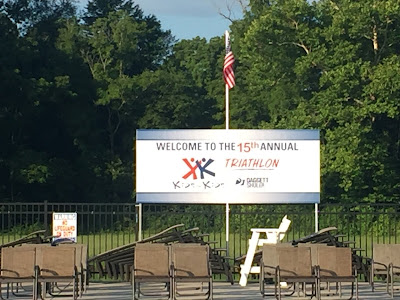 These are the holding chairs for the kids waiting to get into the pool.  Their organization is another example of how they master this triathlon event for kids.  I think it draws around 300 participants! 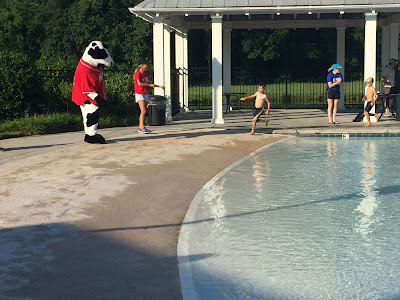 That is Lucas hauling it out of the water! 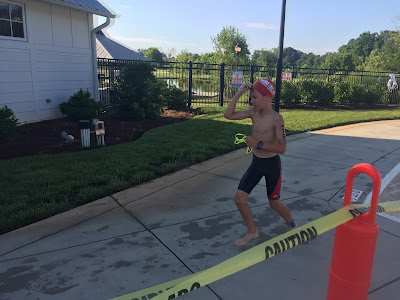 And then Hunter running towards T1. 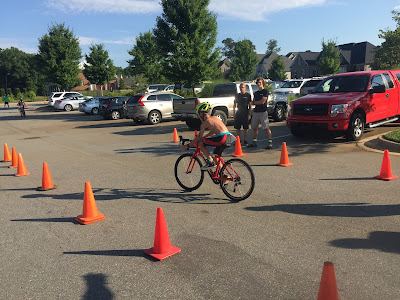 Off on the bike. 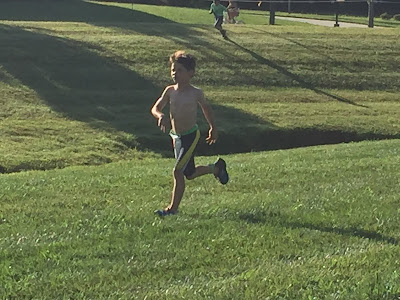 Look how he is finally using his arms!  I think he got caught up in the moment and was cruising towards the finish line. 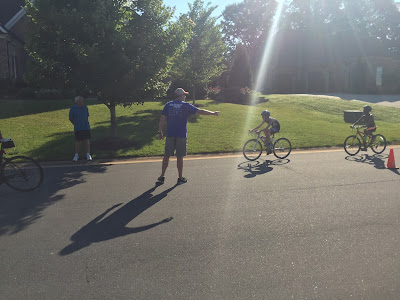 There goes Evan on the bike! 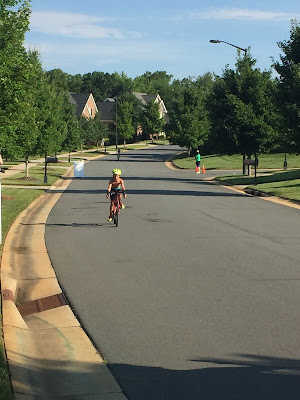 Hunter coming into T2.  This is a dangerous turn into transition but once again the volunteers really help the kids on the bike navigate the entry. 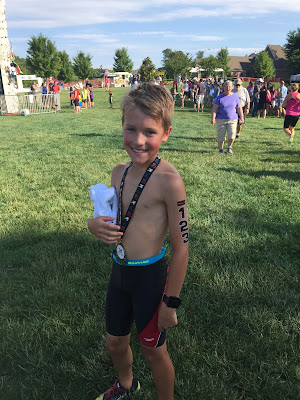 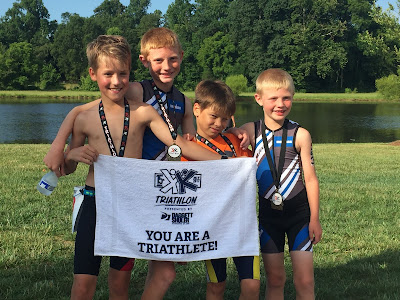 One of my all time favorite pictures of the four of these boys! 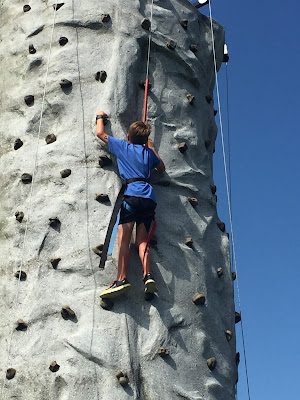 And, when you get done you can go rock climbing because they have tons and tons of energy. 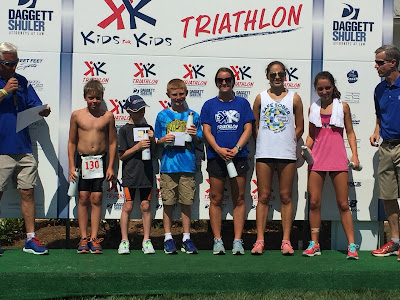 Evan made the podium!  I think he was third overall! 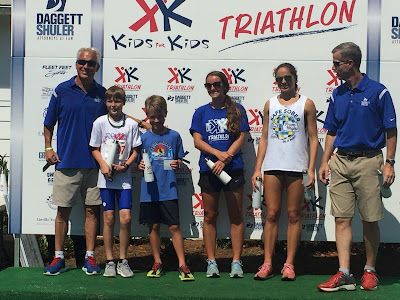 And so did Hunter! I can't remember what place he came in.  I think he was 4th overall and 2nd in his age group.  I will need to double check on that.  It doesn't matter tho...he was thrilled to be in the money! 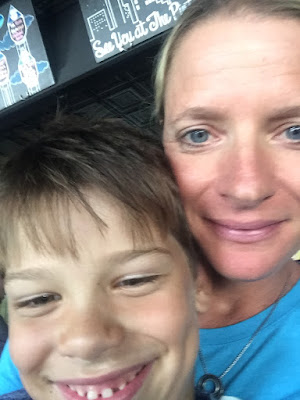 My littlest triathlete being silly after the race! 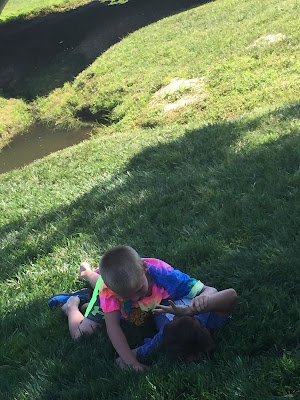 And then these two have energy for this the rest of the afternoon.  If only I could bottle some of that up!
Posted by Jaime at 2:26 PM