Hunter and almost 18 holes of GOLF 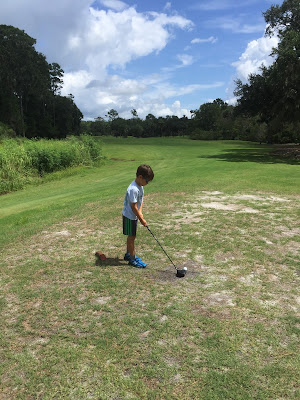 One of the things Hunter wanted to do on his birthday was to play 18 holes of golf.  He begs to play at home with anyone and everyone.  We try to join him and play with him as much as our time will allow but at best we can only get in 5-7 holes.  We are on vacation, it is your 10th birthday...We would LOVE to play 18 holes with you so off we go to the golf course on the island, Bloody Point.  Lucas joined us for awhile and then Papa came and got him, but he hung in there for at least the first 4 holes. 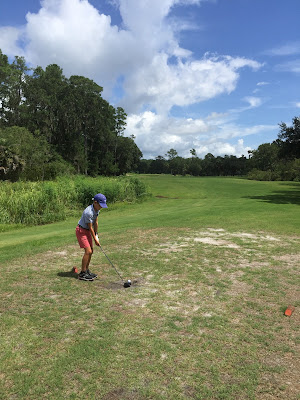 We played best ball on most holes.  Hunter really is getting good and I have to say he played better than I did! 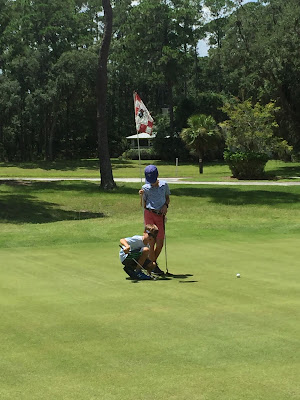 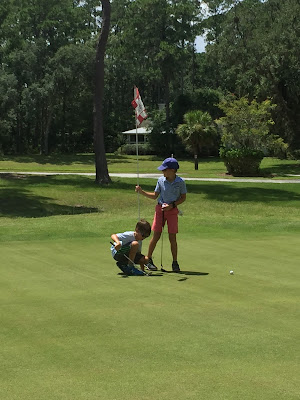 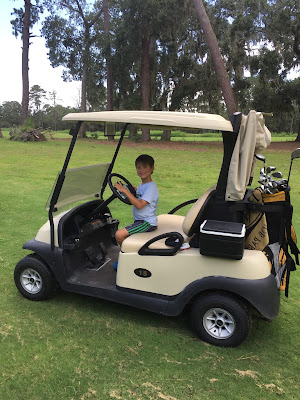 Ok, so we let them drive....but only a little bit.  The course was flat and we were the only ones out there. 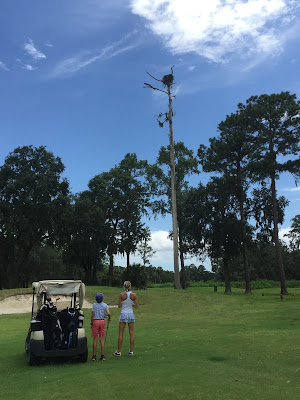 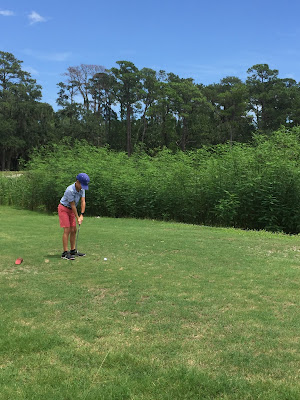 The green on this hole was straight over that tall set of weeds.  Hunter and I couldn't see anything but the tip of the flag from the tee box. 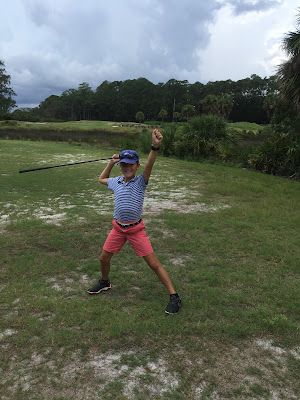 Happy with his shot!  He put it right on the green.  We made it through 16 holes before we had to call it quits.  We had to have the cart back by 4pm and another one of those massive storms was rolling in.  It was a long course and we took out time and had a fabulous time out there.  It is a nice golf course on an island, what could be wrong with that?  We had birthday cake and presents to open!
Posted by Jaime at 5:49 AM