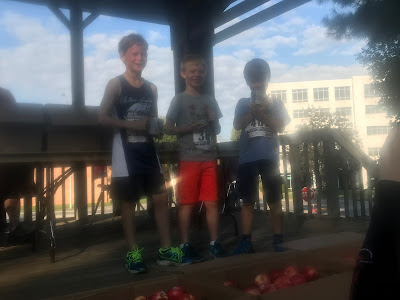 Man, I wish this had been a clearer picture.  Theses boys are the greatest.  After a late night performance for the school at the festival they made the turnaround for the 5k the following morning.  We have always heard great things about this race but have never participated...this was our year to dominate!  Gavin was the winner in the 8 and under division with Blaine and Lucas on his heels.  Usually the little guys get grouped with the 14 and under so they never win a thing...they are used to this and understand they simply can't compete with teenagers at the ages of 5,6,7 but that never stops them from trying.  I wish I could have captured Lucas's excitement when his name was called for an award. 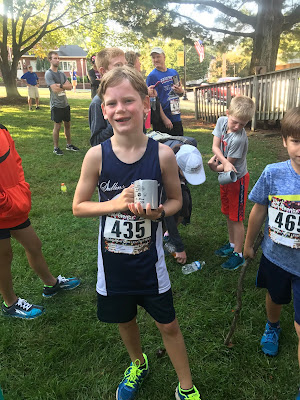 Our frist place age grouper in the 8 and under goes to Gavin! 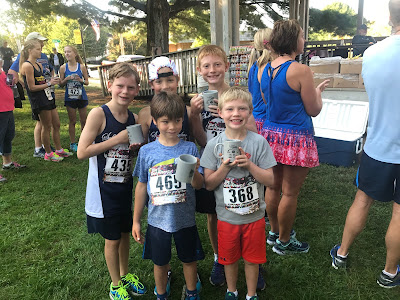 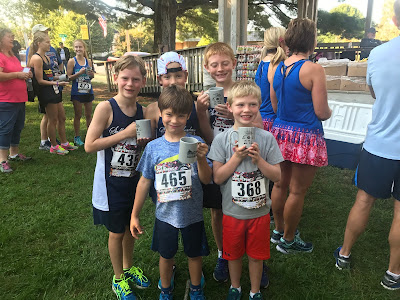 Smiles all around from this group, who cares if the award is a gray coffee cup! 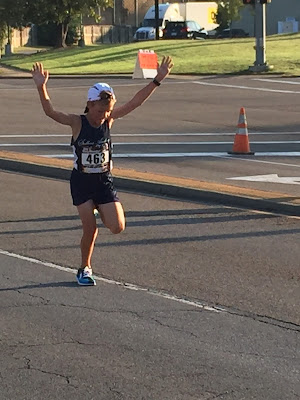 I think he has watched mom finish one too many times.  In my defense I do a victory arm raise after 4 hours plus of racing, not 25 minutes! Ha! 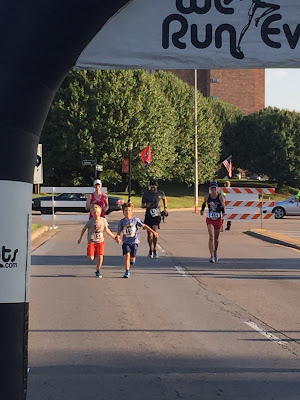 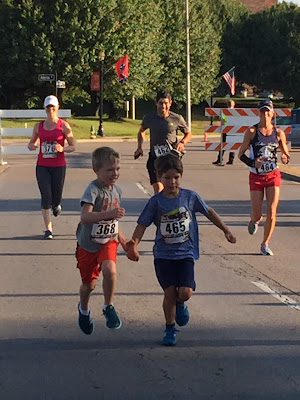 Buddies until the end.  I am sure Blaine and his never ending supply of energy is literally dragging Lucas to the finish line. I love watching their friendship grow stronger every year. 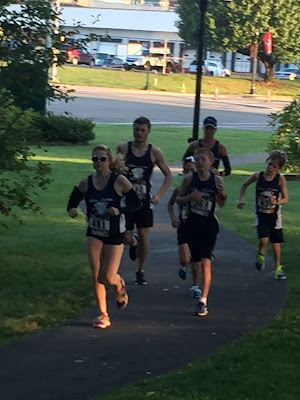 The Sullins team and their great coach leading the warm-up.
Posted by Jaime at 10:52 AM