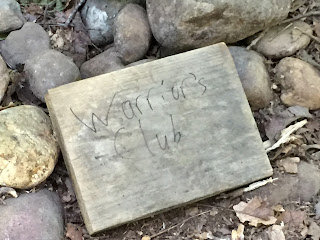 This camping trip was the R-Pods's maiden voyage.  We chose Warriors' Path because it was so close to the house.  At only and hour or so away David could practice pulling and parking the camper.  Mary and the boys met us there and tent camped right beside of us.  They stayed for one night and we stayed for two.  While we set up the camp sites the boys found a spot in the woods to make a club.  It was the cutest thing and a great idea.  They even made a sign.  I kept that piece of wood and as I type I am trying to recall where I put it!  My intentions were to keep it so they could find other 'club spots' at different campgrounds. 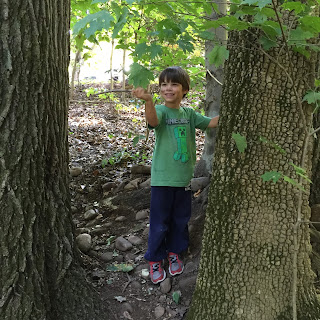 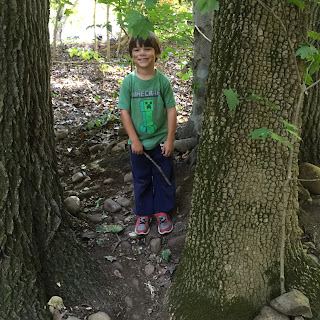 I think Lucas is standing in the middle of their club.  It was three trees and a bunch of rocks they built up around it. 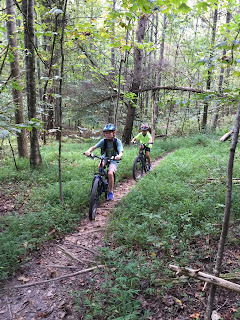 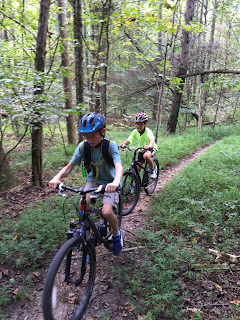 David took the older boys on a mountain biking trip while Mary and I ran/biked with the little boys around the lake.  David said they did amazing.  No spills or complaining, Good, plain fun in the woods. 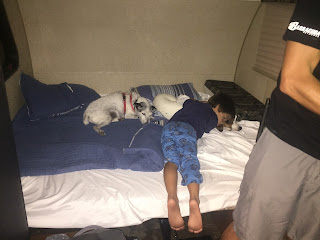 Lucas saying goodnight to the dogs.  At this point Ibis made the trips but he was really active and anxious at night.  He was better during the day but his vision was so poor I think he got scared when it got dark.  R-Pod sleeping was great but we were up and down with poor Ibis all night long. 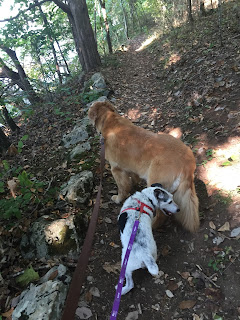 Ibis and Lacy enjoying a walk around the lake. 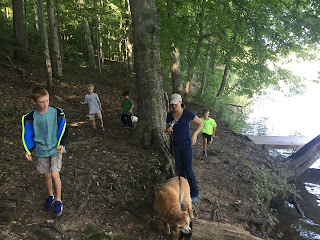 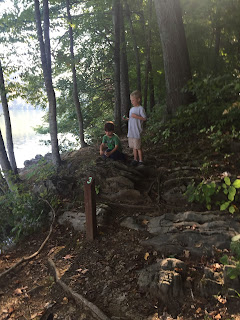 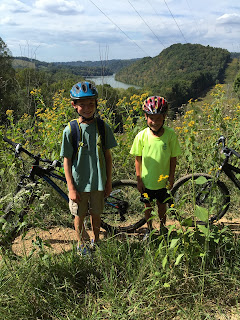 They made it up to the top!  I know David loved every minute of this trip!  They biked for about 2.5 hours. 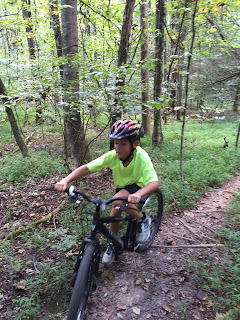 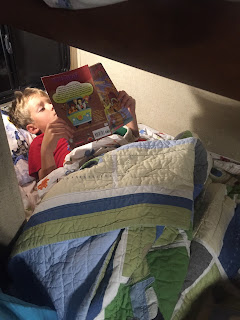 Great way to end the day.  Reading a good book in your new twin camper bed!  Another successful camping trip!
Posted by Jaime at 7:42 PM