This year I qualified for the Olympic and Sprint distance triathlons sanctioned by the USA triathlon association held in Wisconsin.  I qualified in the Mt Airy race earlier in the year.  David had to work that weekend and was unable to participate or he would have qualified as well.  He wanted to compete in a qualifying event to see if we could compete together in Nationals.  We were able to find a qualifying race in Asheville, NC call the Enka Sprint Tri.  It turned out to be a really great race.  They hosted a kids triathlon the night before and the Yo-Sims joined in the fun as well.  Uncle Kevin was an official participate with David and did a great job in his first triathlon! 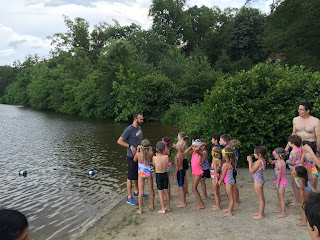 The kids race was the night before.  We thought the race was going to be postponed due to a outrageous (and quite scary) thunderstorm. We waited around for a little over and hour and then they let the kids compete.  It was a long time to wait but it was well worth all the smiles of accomplishment seen at the end.  In this picture Hunter and Linden's group went first.  Eli went with the older kiddos. 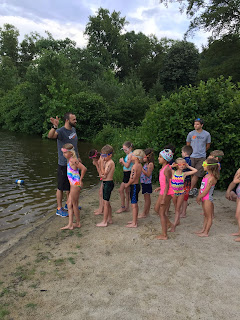 Hunter was sooooo nervous about this race!  I think he gets that from me....sorry buddy. 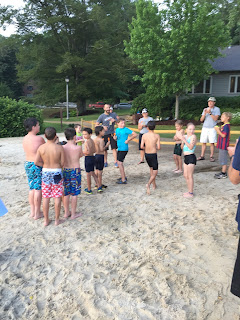 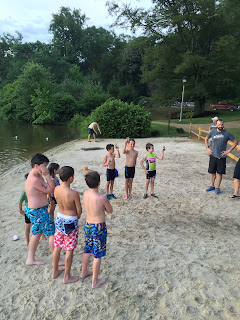 First triathlon for Eli and he scored a second place finish!  Way to go!!! 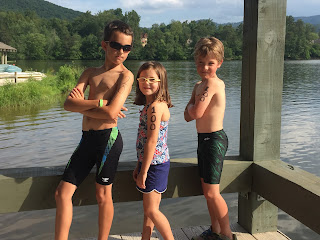 Our triathletes waiting for their start time.  Lucas was along for the trip but we didn't let him participate since he wasn't quite good enough on the bike without training wheels.  In hindsight he could have jumped right in on his scoot bike, but we didn't know you could use such a bike or we would have let him roll with it!  Next year little man.  He was irritated and didn't want to be in too many pictures. 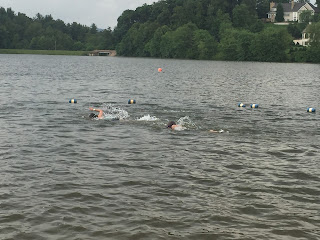 Hunter taking off in the swim.  Yes!  It was an open water swim.  No worries though you could touch the entire distance. 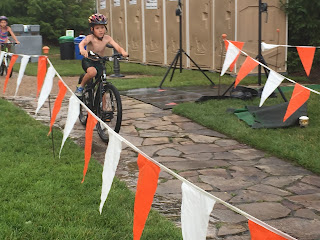 Hunter was first out of the water but fell to fourth on the bike after taking a wrong turn on the bike course and had to back track.  Poor guy, wasn't his fault.  He was told the wrong way to go by a volunteer. 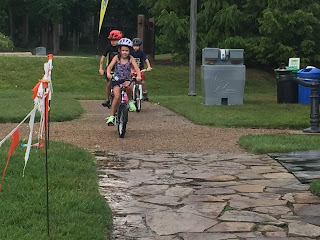 Here comes Linden!!!  All smiles and a fierce competitor. 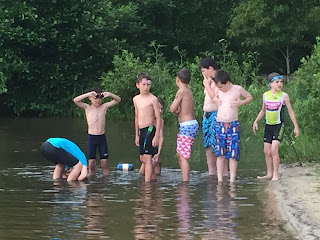 Waiting at the start. 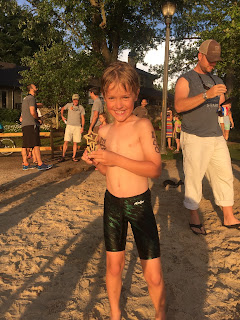 So HAPPY!!!!  After the wrong turn on the bike he stayed in fourth place at the start of the run. Little guy passed the third place finisher to secure a third place finish and some hardware!  His first triathlon and he was a podium finisher! 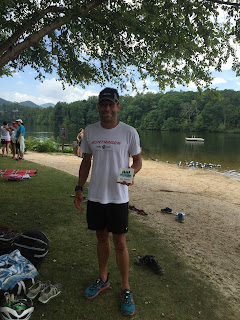 Yes!  David qualified and finished second in his age group! 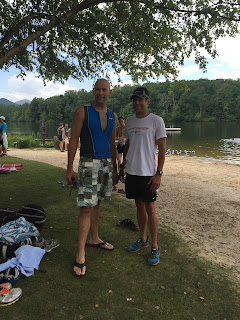 Kevin did great and I think he may continue to compete in some additional triathlons in the future.  He had a really good swim and run but ended up with a flat tire on the bike.  I was super impressed that he flatted and was able to fix it all by himself and continue on to the finish line! 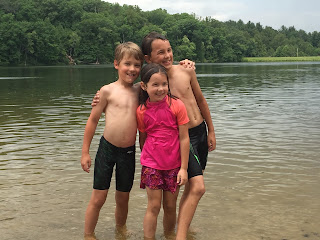 Great job!  So proud of these three kids.  Lucas was their number one fan!  He cheered the whole time! 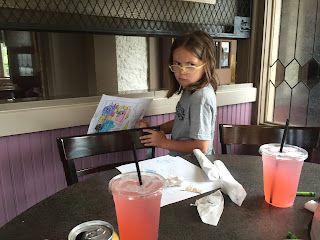 After the triathlon we found our way downtown for a later lunch and then on to the Biltmore House.  These next few pictures are of us being silly while waiting on the daddies to park!  Serious grouchy face from Linden. 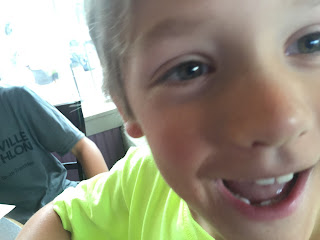 Crazy up close pictures from the rest of us! 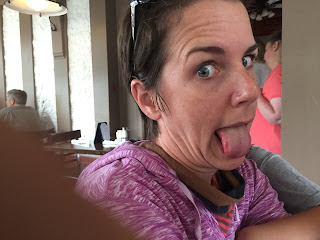 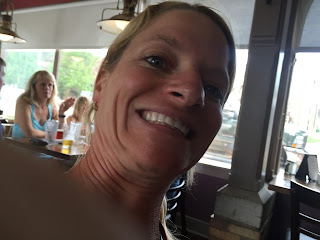 I really think Linden and Lucas were snapping these and they (obviously) were super close and we were trying to back away! 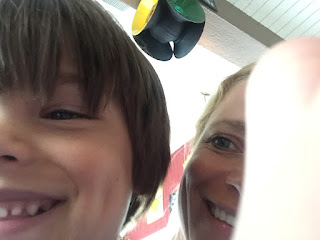 Lucas trying to get a selfie with me! 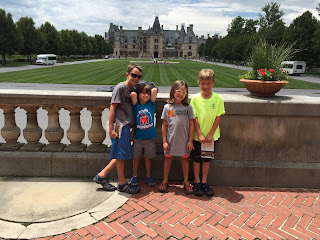 At the Biltmore.  Hmm.....one day we will go back.  I love wondering around this estate but it was HOT and the kids were less excited about its beauty and mystery than me.  Uncle Kevin was tired from the morning race so an abbreviated tour is what we accomplished.  At the end of the day we still had fun together. 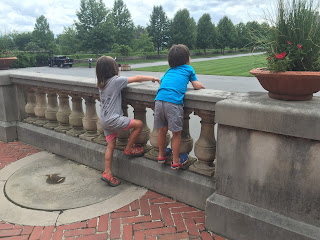 Our last day in Asheville we spent at the Nature's Center.  It was a really nice Nature Center and we all really enjoyed it. 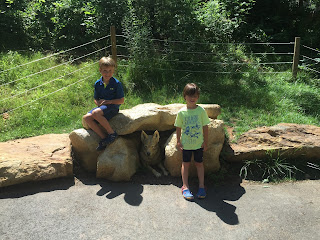 They had a few wolf habitats. 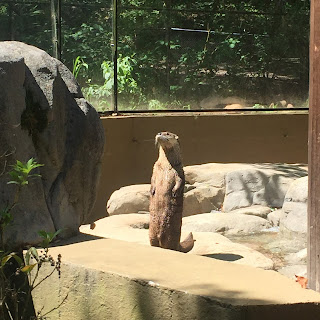 We were able to watch them feed the otters. 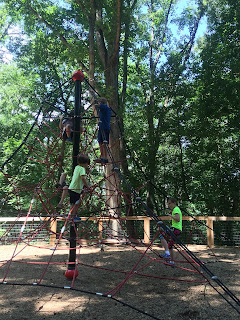 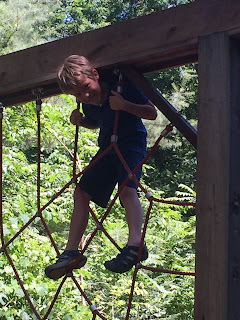 And the boys played on the new Arachnid Park.
Posted by Jaime at 6:52 AM