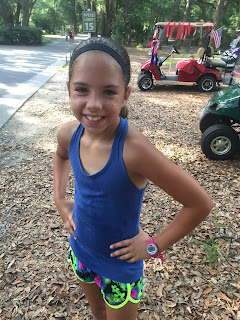 This was our fourth year running this race as a family!  It is so much fun and the Plantation does a really nice job of making it a family friendly event.  Chloe was pumped and ready to go.  All the older kids participated in the 5k run and then Lucas and Linden participated in the one mile fun run. 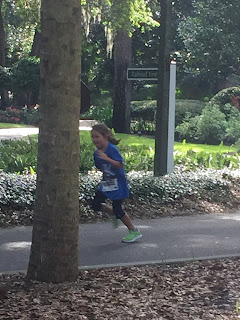 Linden was running so fast the picture was blurry.  Way to go! 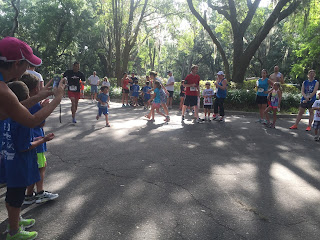 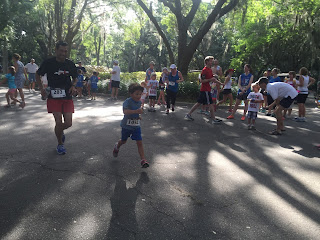 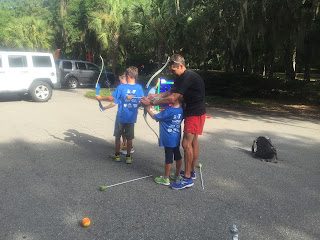 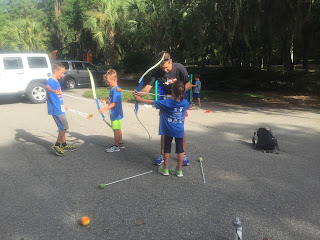 Playing some games after the race and while waiting for awards. 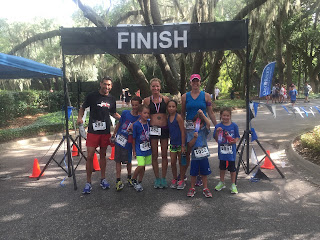 A family of racers!  So, so proud of our little runners! 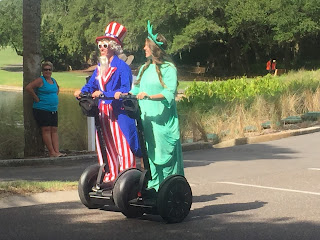 Mr. and Mrs. Liberty at the start of the golf card parade.  The kids have opted to not participate in the parade anymore but instead watch the parade and collect candy! 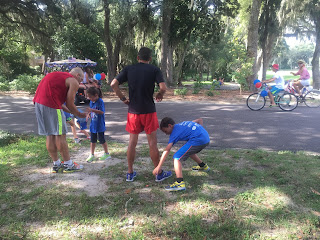 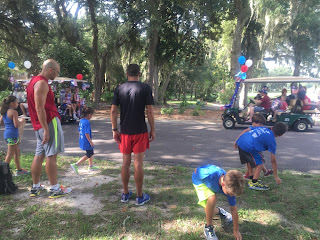 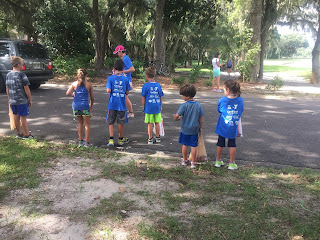 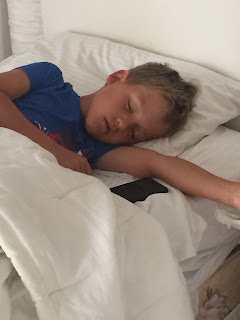 This is what tired looks like after running a 5k in the blistery heat and then candy collecting!  Afternoon naps can be the best!
Posted by Jaime at 3:13 PM