I really can't say enough about Rock City!!  If you haven't been, it is well worth the trip.  It was my favorite adventure for the weekend!  It was suggested by an elderly friend that used to live in our old neighborhood so I was a little nervous about what to expect but it was fantastic!  Rock City got its name from two missionaries that went into the Tennessee mountains to bring Christianity to the Indians and discovered a "citadel of rocks," atop the mountain, noting the immense size of the boulders and stating that they were arranged in such a way "as to afford street and lanes."  Go see it!  It's true!  A great description of this wonder of nature. 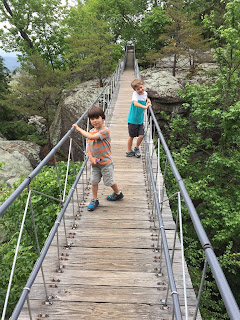 These pictures are in random order of our journey through the gardens.  I wish I had put them in order  but the pictures are the same as visiting for yourself so enjoy some of the snapshots we took along our journey. 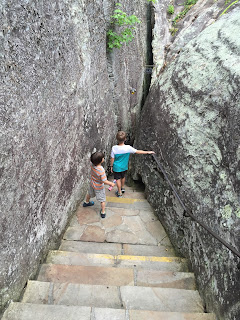 You can't see the sign but this narrow passage is know as 'fat man's squeeze.' 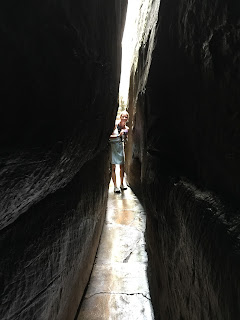 David capturing me making the squeeze.  I wonder if they have an alternate route for those that can't fit! 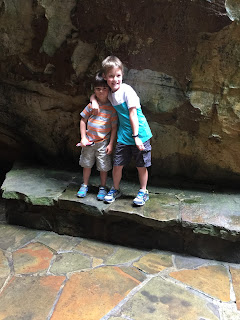 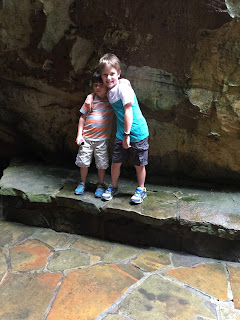 True brotherly love!  They are best friends, they love each other but neither one of them likes taking the time to pose for pictures.  For this reason I don't have too many of them stop to pose but instead a montage of randoms! 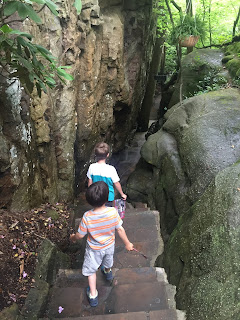 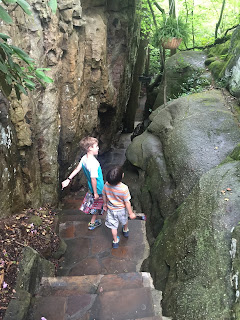 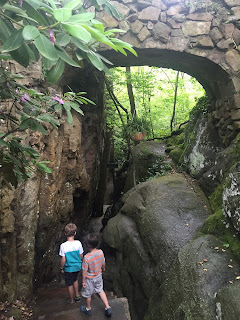 The last few pictures are the entrance into the park.  All of the rocks are ancient formations that had me mesmerized from the beginning. 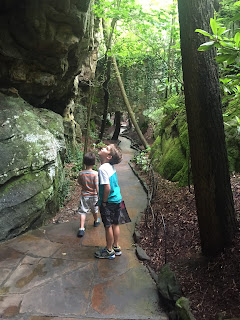 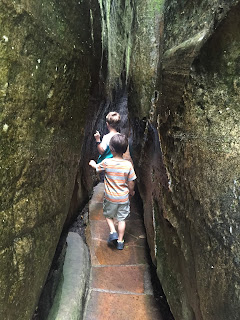 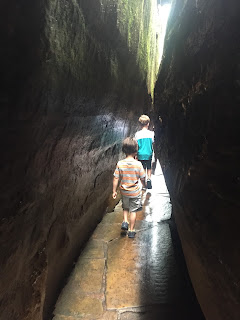 Several passage ways like this one were found throughout the park. 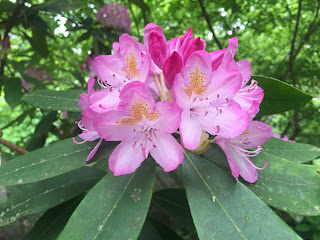 And there were over 400 native plant species. 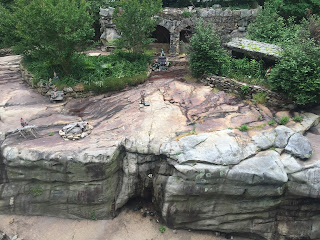 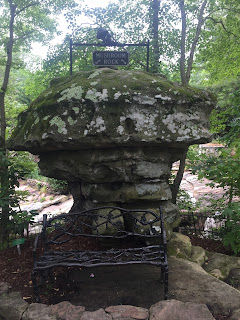 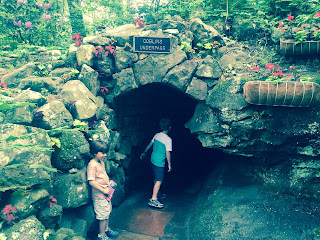 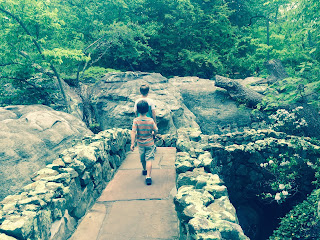 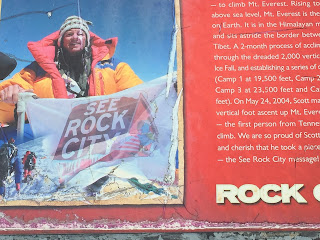 Rock City advertising even made it to the top of Mount Everest! 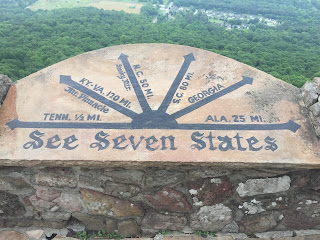 From this point you are able to see seven states! 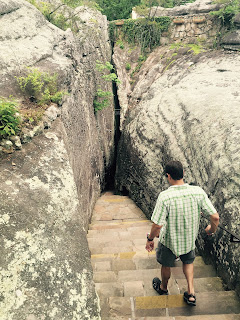 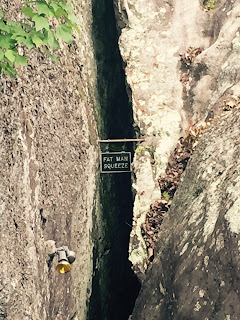 Here is a little better picture of the fat man squeeze! 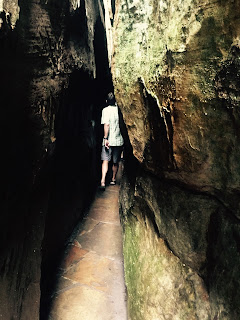 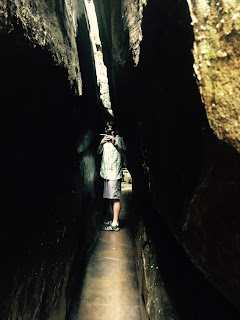 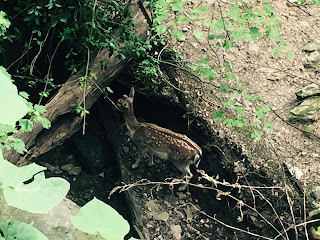 They did have a few animals in the part that were native to this part of the state.  This was one of the deer.  I can't remember the name of them but they are smaller/shorter than most of the deer we are used to seeing. 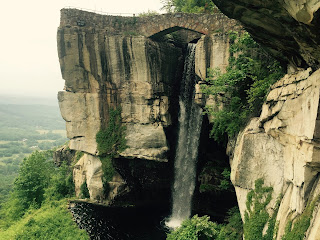 From above this waterfall you can see the overlook for the seven states platform.  The scenery was outstanding.  You really don't feel like you are in Tennessee. 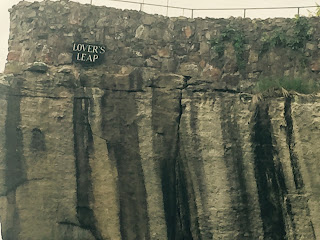 Lovers's Leap.  I really think there is a lover's leap everywhere.  You know the story, no need to explain here! 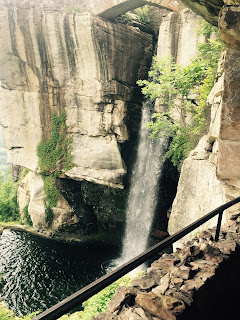 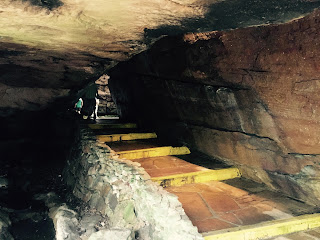 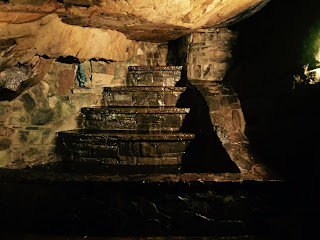 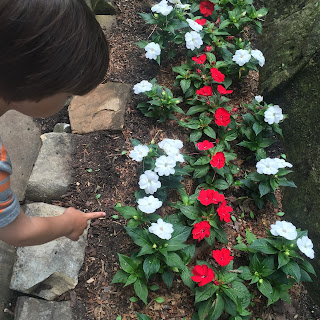 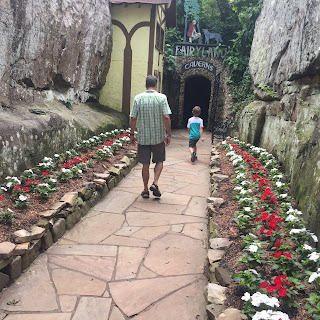 This was the entrance to Fairy land.  The boys loved this part of the tour but David and I found it quite strange and a little creepy.  It was built back in the seventies and I don't think there has been any updating, only maintenance.  It is an animated world of gnomes and Mother Goose nursery rhymes all in a blacklight atmosphere.  More on this part to come....
Posted by Jaime at 3:55 PM