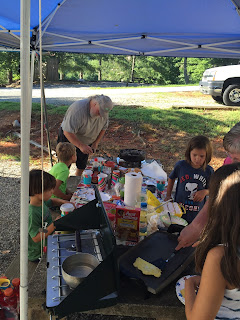 A picture of our kitchen!  We took a mid summer camping trip back to Kerr Scott Lake.  We camped at Bandit's Roost again but this time we had a lake side lot instead of being back in the woods.  It was nice and we were able to camp with Nana and Larry and Kevin and Linden were able to join us as well. 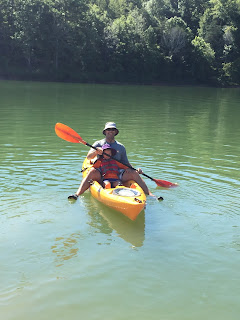 Uncle Kev and Linden taking a turn in the kayak. 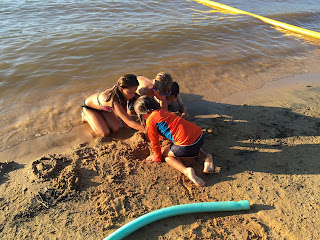 Fun on the beach.  They have a swimming area marked off for boats and other water craft so the kids can swim and play.  The water is warm and shallow enough for all of them to touch the bottom yet deep enough to swim if you want. 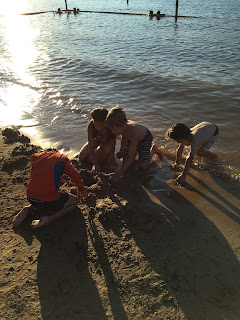 Just like at the real beach the kids love playing in the sand.  They were having such a great time with their imaginations and being creative! 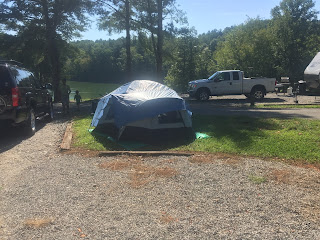 Uncle Kev and David's sleeping quarters for the weekend.  The rest of us slept in the pop up camper with Nana and Uncle Larry slept in his hammock. 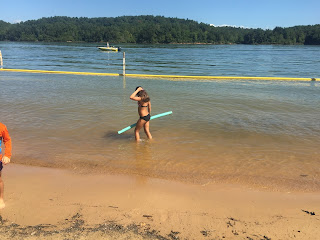 Chloe at the swimming spot.  She is part fish and would stay in the lake all day! 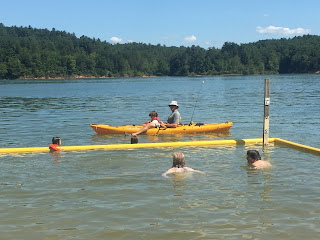 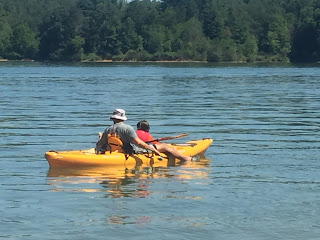 Uncle Kev being a good stewart and taking Lucas fishing.  I told him I would do it since he isn't really a big fan of fishing but he said he didn't mind and Lucas wanted to go with him.  We later found out this session was a practice cast and reel since he never actually baited the hook! 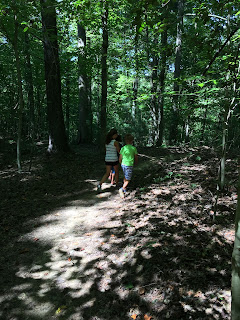 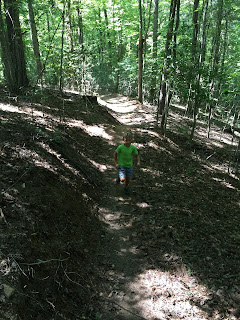 Pictures of our 6-7 mile hike!  I sort of forgot the distance of the trail and led the group on a long and crazy hike.  Thankfully, the kids had fun together and we made the best of the long day by running up the loops and bike jumps pretending they were roller coasters. 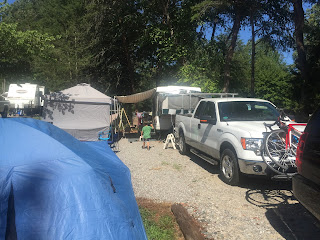 A look at our set up for the weekend.  Another great camping trip for the books!
Posted by Jaime at 6:26 PM