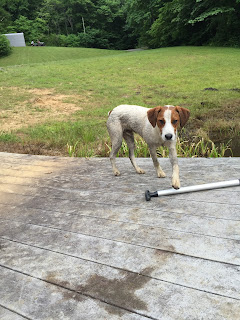 One dirty puppy!  This was Kona's first trip to Sparta.  He enjoyed running around the pond and playing in the mud with Bailey.  These are things that sweet Ibis loved to do as well, but on this trip he mostly stayed around the house and rested on the porch. 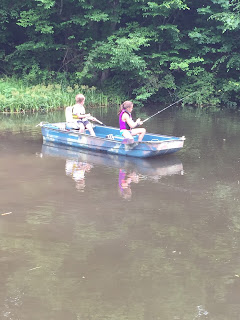 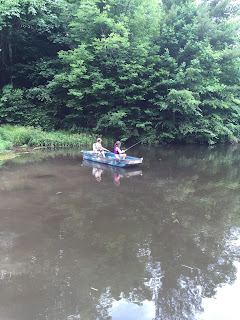 I think they had some moderate success, each catching at least one fish.  We kept telling them it was hard to fish with the dogs running in and out of the water and with Lucas's throwing sticks and rocks into the water. 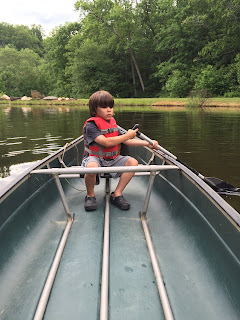 Lucas giving it a shot with David. He enjoys fishing but doesn't yet have the patients to sit there for endless hours (or in his case minutes) without any return. 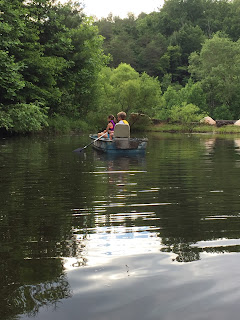 These two were able to maneuver themselves all over the pond.  They could cast like professionals and only needed help removing the fish from the line. 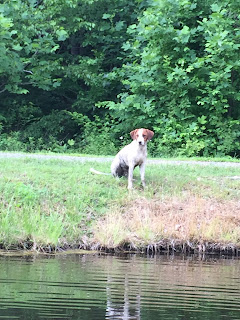 Dirty dog running around the pond to keep his eye on the kids in the boat. 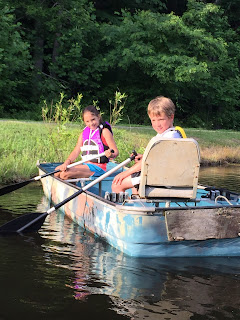 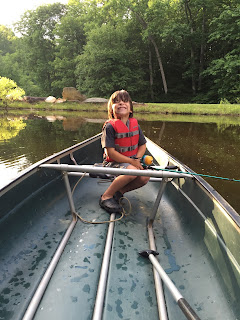 Love all these sweet faces! 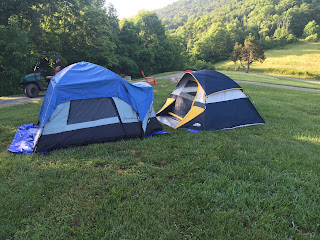 Our sleeping arrangements for the night.  Lucas got the smaller tent for his birthday and they all wanted to camp out while we were in Sparta.  David and I stayed in the bigger tent for the first night. We all made it through one night but on the second night Lucas decided it was better to sleep inside and soon the other two followed him in.  I was thankful to be out of the tent for the night! 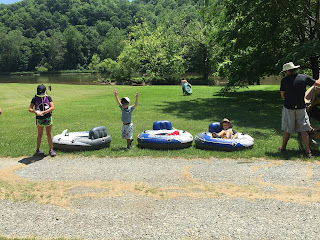 Getting ready for our first inner tubing experience with Gaga and Papa down a section of the New River with some of their friends, the Bowman's. 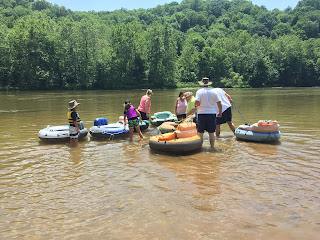 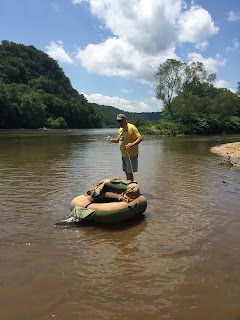 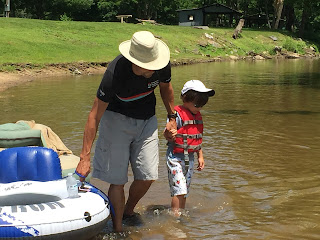 David helping Lucas into his float.  It was so nice for each of us to have our own. 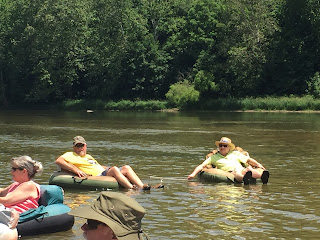 Gaga and Papa set and ready to go. 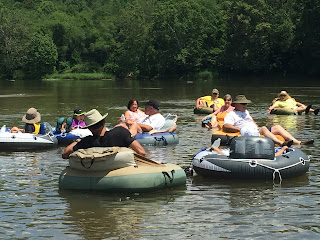 The whole gang.  Tied together and prepared for the one hour drift down the New River. 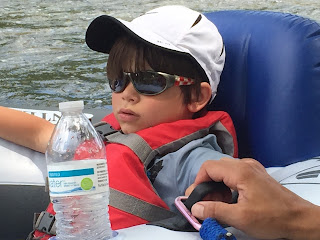 It was really relaxin but a tad on the long slow side for the Simmons boys'.  I think it eventually put Lucas to sleep. 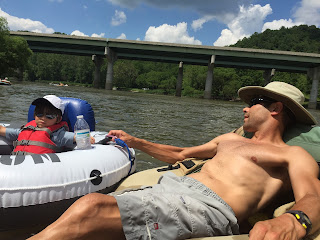 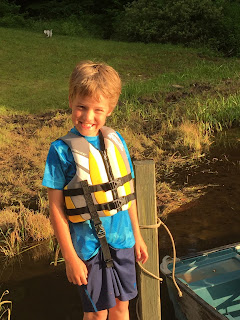 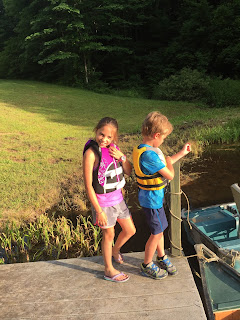 What a wonderful weekend and a great start to the summer.