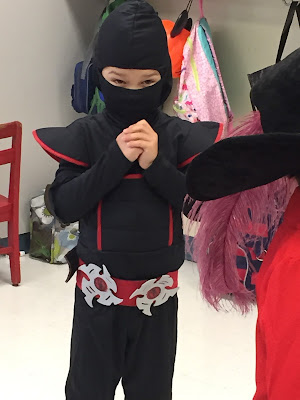 This year for Halloween Lucas wanted to be a Ninja.  He looks pretty tough, don't you think? 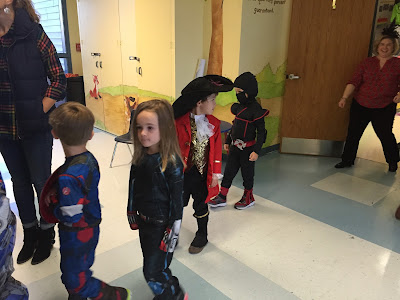 Sullins has a Halloween parade in the morning and all the kids look so cute in their costumes. 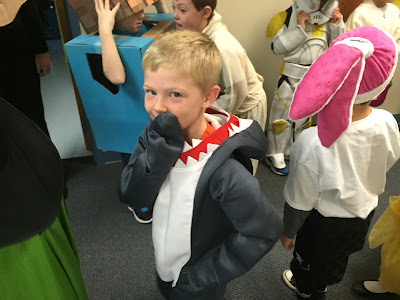 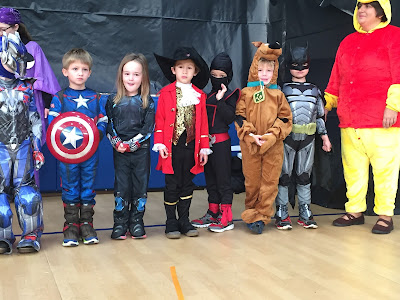 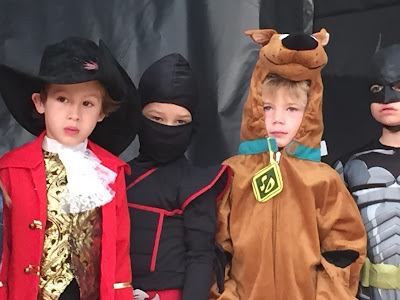 Then all the classes line up in the gym for a judging contest by some of the student council middle schoolers.  We always have some really creative costumes out there but I think my Ninja wins the cutest award, hands down! 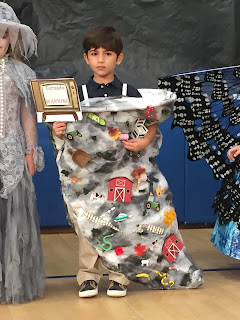 This guy was pretty hilarious.  He was a tornado! 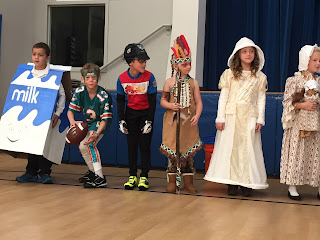 Hunter went as a cyclist.  My two boys are as different as apples and oranges.  Hunter has always gone with the less scary and Lucas has always wanted to be scary with weapons! 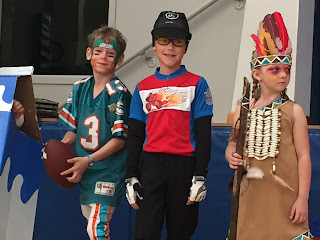 I love this picture of Hunter and his buddy Gavin, who loves the Miami dolphins.  Gavin wore the exact same outfit last year. 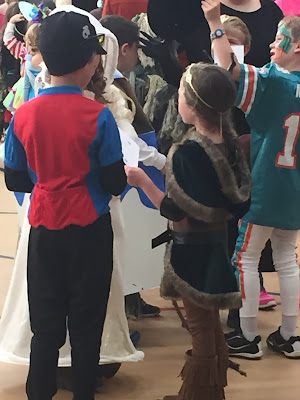 Hunter and Milly, the archer. 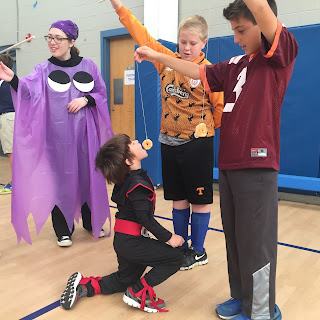 After the costume contest the middle school hosted a Halloween carnival for the lower school.  One of the many things I love about Sullins is the involvement of the upper grades with the little guys.  Such a great experience for the middle schoolers and the lower school loves the attention!  Lucas had so much fun fishing for doughnuts!  Maybe I should dangle one in front of him at his first swim meet. 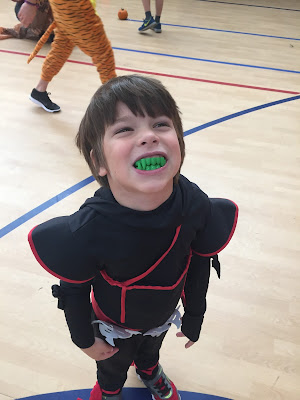 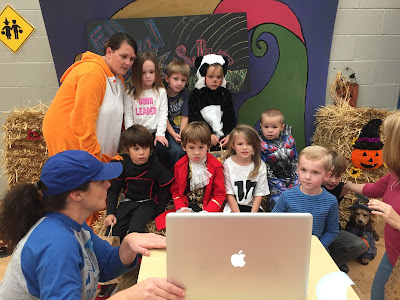 Trying to set up for a Halloween classroom picture. 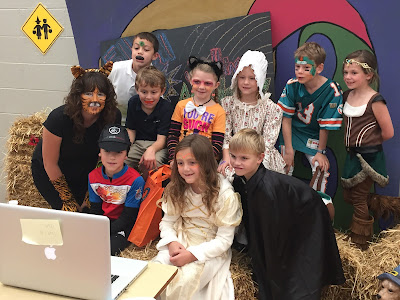 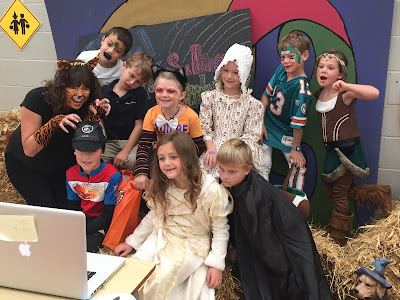 Trying to be silly.  The lower school female teachers were all animals and the one male teacher was the trophy hunter.  It was a really cute idea! 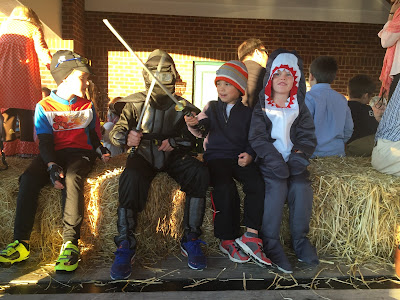 Glennrochie did a great job this year providing some fun Halloween activities for the kids the families.  We went on a hayride and then all had dinner together with games and pumpkin drawing afterwards. 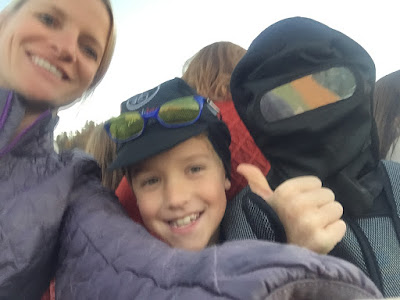 Hunter, Evan and I on the hayride. 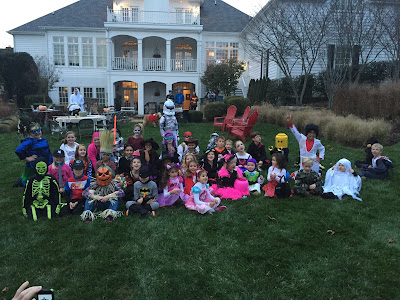 We hosted the neighborhood Halloween party.  A fun place to start the trick or treating activities.  This year we did something a little different.  We provided all the food and drinks and in lieu of a donation that we have done in the past we asked for families to sponsor a communities in need project.  We had a lot of success with this and I was able to take several items to the Communities in need director of Bristol to distribute the donations among the schools that needed them the most.  We are so blessed in our lives and we can't do it all alone, it takes a community!  And we have a great community and some super friends and families. 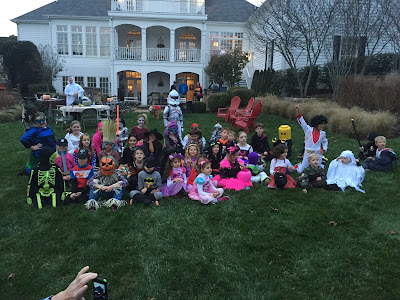 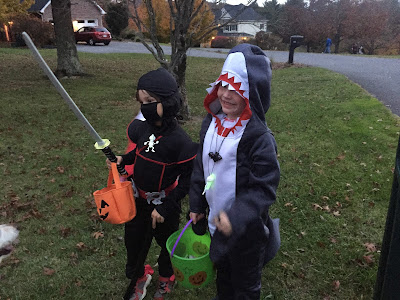 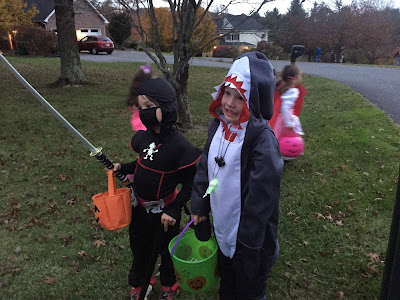 Buddies.  I would dare to say trick to these two. 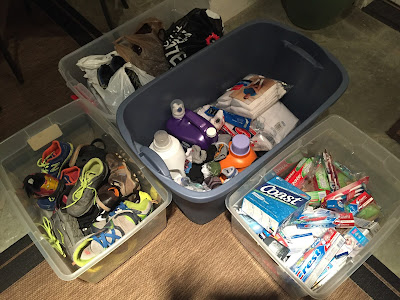 This was part of the donations I collected Halloween night.  Folks continued to bring me items throughout the week. I was so happy with our project and together we can make a difference! 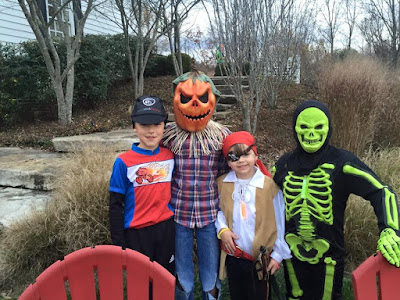 One of the few pictures I got that night of Hunter.  He ran off and was all over the neighborhood with his buddies.  Evan was in the scary pumpkin mask and James was the spooky, green skeleton. 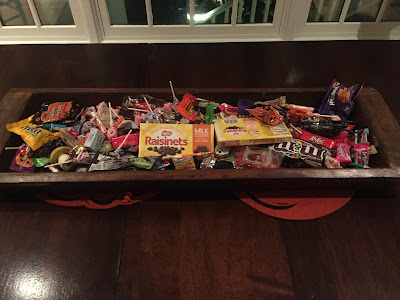