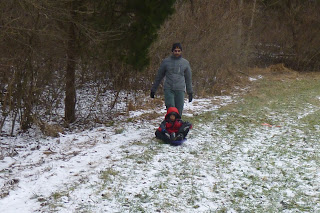 When the Yo-Sims came to visit for Christmas we really wanted it to snow.  Like, REALLY wanted it to snow.  There is not much to do in Southwest Virginia when it is cold outside, but what kid doesn't enjoy playing the the snow.  Well, we got a 'dustin' as you say it in the South.  Now, we have already had a couple of snows around 3-4 inches, enough to go sledding, but this was way less than that.  Nonetheless, it was fun for the kids, especially Eli and Linden who don't get to see snow that often.  We took advantage of what we had and donned our snow attire and headed out the door to play.  It doesn't matter how cold it is outside, when there is snow the kid's cold tolerance kicks up by 75%! 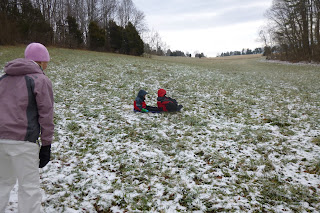 Plotting a for a snowman or a snowball fight I think. 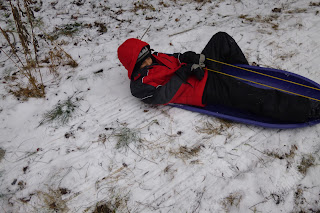 Eli getting ready to sled. 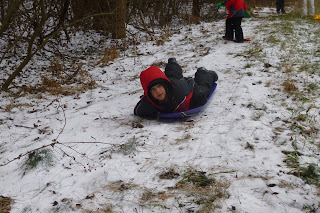 Down he goes.  I know it doesn't look like much snow (and you're right, it's not) but it was enough to get up some speed down the hill....well enough speed that the kids thought it was fun.  All that matters, Right? 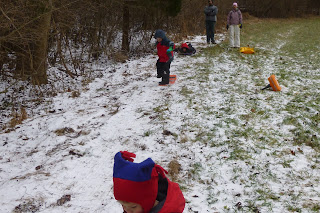 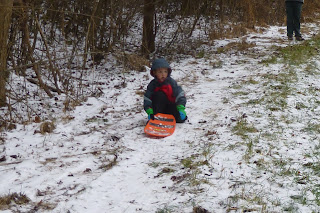 David brought out the spooner.  It was lame and didn't work at all. 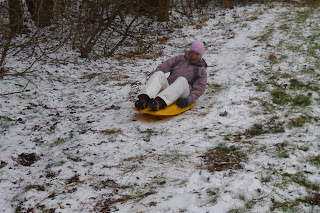 I couldn't help myself. I love to play in the snow! 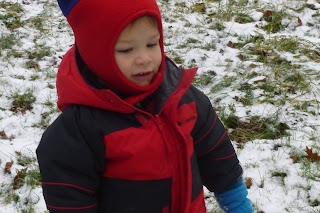 Lucas loves the snow too and I can't believe I actually found some pictures of him NOT eating it. 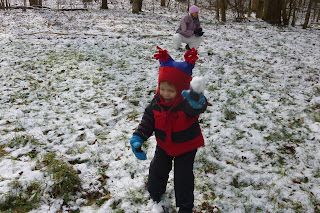 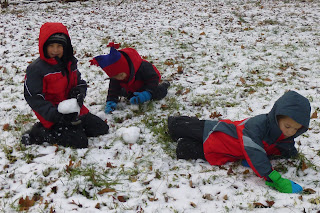 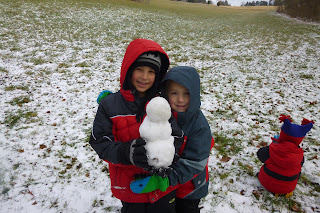 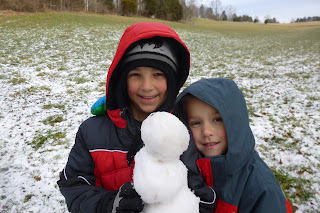 They worked hard to make this little snow midget! 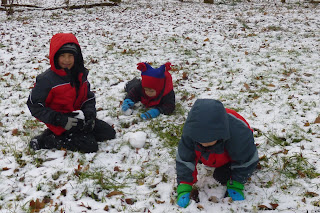 It was a fun morning in the snow.  Since these pictures we have had at least 2 more snows of 6+ inches.
Posted by Jaime at 7:26 PM