A wonderful ride on the Polar Express

If you haven't read the Polar Express, you need to.  It has become our favorite Christmas book.  The boys love it, David and I love it and it has a wonderful way of igniting the magic of Christmas.  We read that book every single night during the Christmas season.  The Great Smokey Mountain railroad in Bryson City, NC is a train depot that offers train rides through the beautiful Smokey Mountains.  During the Christmas season they have a Polar Express ride that follows the theme of the book.  It was amazing and everyone, even Papa, had a fabulous time.  I would recommend this trip to anyone of any age that loves Christmas and loves trains. 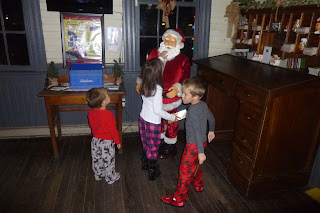 Here is the gang at the depot. 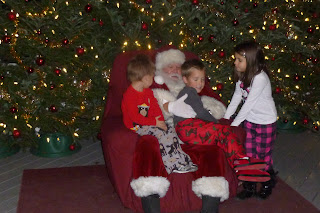 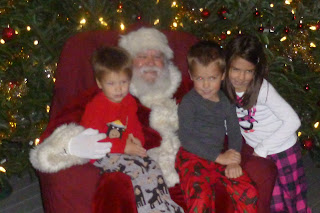 Santa was waiting at the depot to talk to the kids before they boarded the train.  This was the first time Hunter would even look at Santa.  We had tried taking him to see Santa in the past, but he would not look at him, would never dream of sitting on his lap and actually talking to him.  We hadn't taken Lucas to see Santa yet, but as you can imagine, Mr. Talkalot went right up to him climbed up in his lap and started up who knows what kind of conversation.  Hunter and Chloe followed suit and they all had a lovely conversation with Santa. 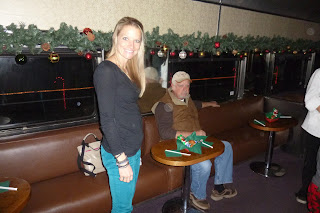 We have now boarded the train.  We were sitting in the family section and it couldn't have been more perfect.  We up graded to first class and got all the fixins'.  Each person had a little desert basket filled with holiday goodies.  There were seven in our party and then we had a lovely family of 3 to join us.  The kids could roam around, sing, dance and play the entire trip. 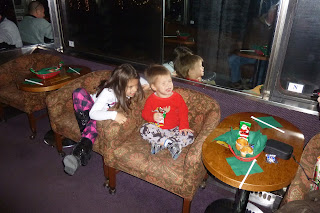 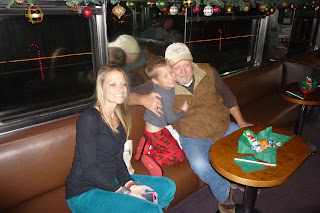 They had members of the Express darting about and taking pictures...all for a price of course.  It was a well planned set up.  A person would snap your picture and then run off, returned in 5-10 minutes with the finished product and ready for payment. 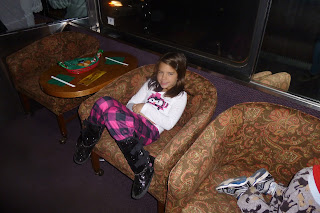 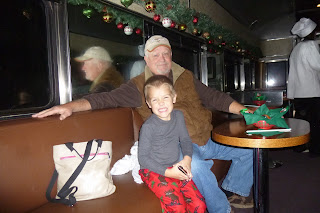 They were all so excited, they could just pop. Hunter was a blast the entire holiday season.  I don't think any kid could have been more excited about Christmas.  His excitement, happiness and pure innocence was a joy and I know one day I will miss it in ways right now that I can't even imagine. 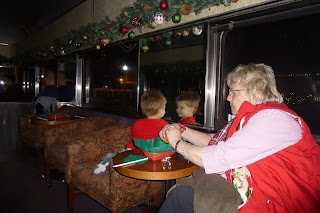 Lucas watching all the Christmas lights. 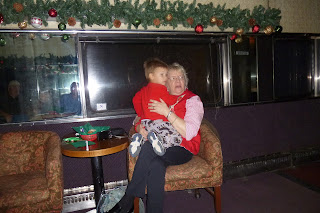 Gaga and Lucas having a special moment. 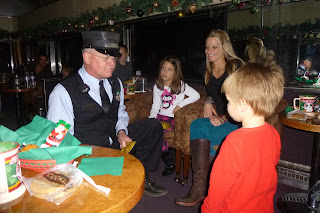 I think this was the best part.  In the movie and in the book the train conductor punches your ticket.  In this picture Lucas was waiting for his ticket to be punched.  The conductor was great with all the kids and they had a lovely chat about trains, Christmastime and Santa.  He even walked back through our car so the kids could get their ticket punched for a second time. 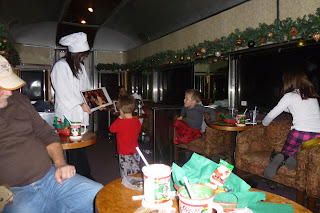 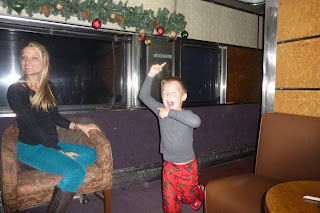 Hunter singing and dancing to the caroling. 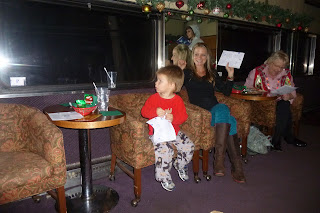 Anxiously awaiting for Santa to board the train. 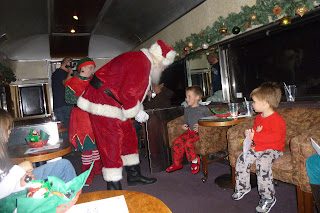 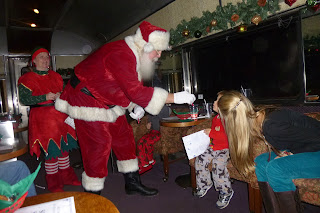 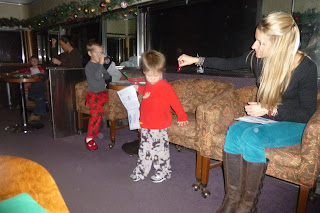 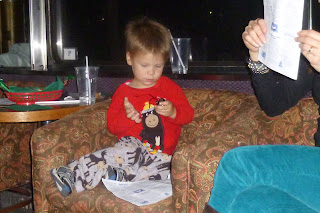 Everyone got a chance to talk to Santa and tell him what they wanted for Christmas.  Santa was so nice and gave everyone a shiny sleigh bell just like in the story.  Lucas was not impressed with the bell.  He promptly told Santa, "I don't want that bell, I want the toys we just talked about please."  It was so embarrassing and funny.  This Santa must have been used to kids saying things like this so he came up with some response (I can't remember what it was, I was too stunned at what Lucas said and how I should parent this moment.) and it worked and Lucas took his bell, said Thank you and climbed back up in his seat. 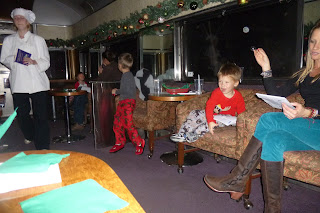 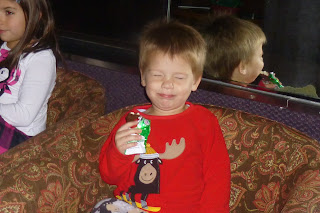 Chocolate marshmellow Santas were in our goody baskets.  YummY!!! 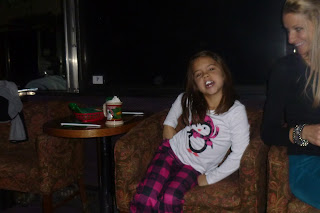 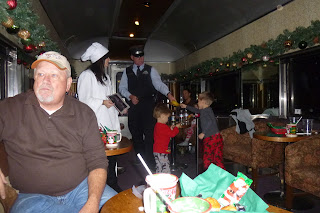 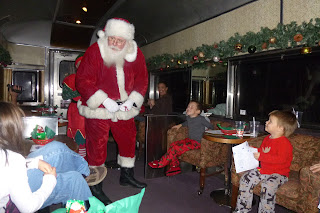 This was so much fun and I would do it again and again and again.  I hope this trip created a magical Christmas memory for all of us.
Posted by Jaime at 6:52 PM