Welcome to the furry family! 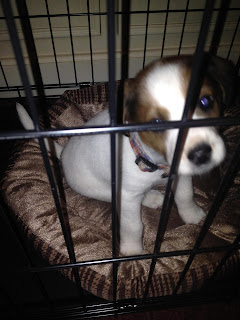 Welcome to our family, Kona!!  This was the first picture we had of the little guy.  My sister sent it to us from a friend of hers.  The story goes....the husband of Jenny's friend was coming home from work and saw the mother of Kona get hit by a car.  He was able to rescue the puppy.  That family tried to keep him but they had an older boxer that did not get along with the new puppy.  I haven't been able to think about another dog since Abby passed but I thought this little guy might be for us.  The story continues that he might be part Jack Russel.....as the story unfolds, he is anything but!  We met Kona at the hair salon where the rescuer's wife worked and the rest was history.  He was full of worms and a little on the scrawny side but we loved him nonetheless.  I think he must have been around 7-8 weeks old when we got him.  Poor thing was a sweetheart from the start. 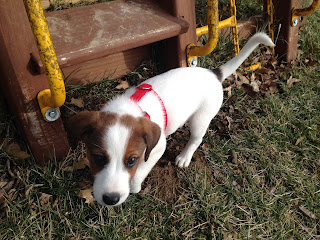 It took a really long time for him to venture out into the yard.  It might have been close to two weeks and lots of treat training for him to make it down to the swing set.  He never, ever wanted to be too far away from the house. 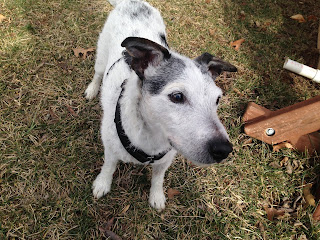 Ibis has always been a loner and was rather indifferent to our newest addition. 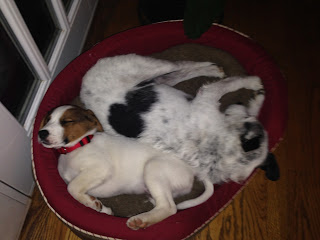 Kona, on the other hand, loves Ibis and would do anything for some big dog or people attention. 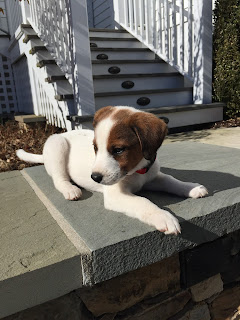 Cute little guy and at this point we still aren't sure what kind of dog he was going to turn out to be.  He was sweet, except for the puppy biting and jumping.  To this day I feel like we are still working on breaking those bad habits! 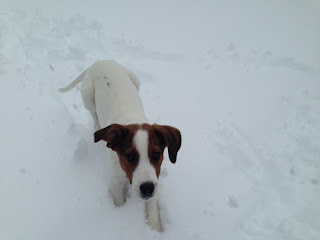 Sweet man in the snow.  He followed me wherever I went.  Still does.  He is never 6 inches from the backs of my legs.  His personality reminds me of Abby.  I still miss her....I always will. 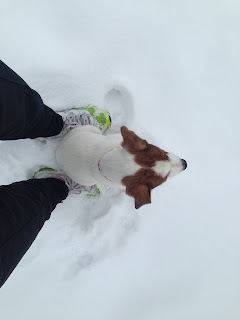 Waiting for me after a run.  The snow was over the top of his back.  He had to work and work to hop his way through it. 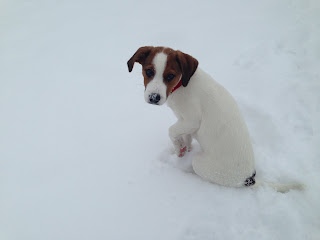 We are happy to have this little man join our adventurous, fun loving family. 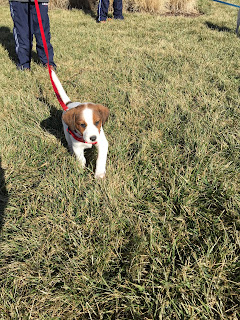 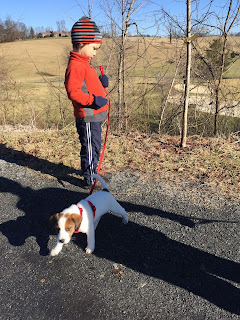 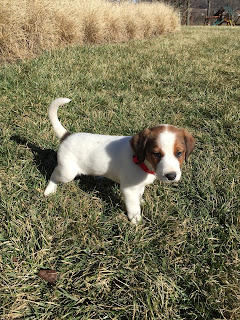 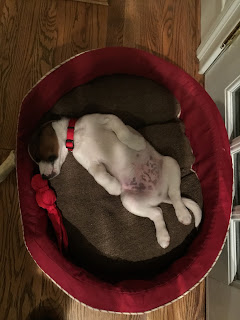 Seriously, how cute are puppies?  We were suckered from pic number one.