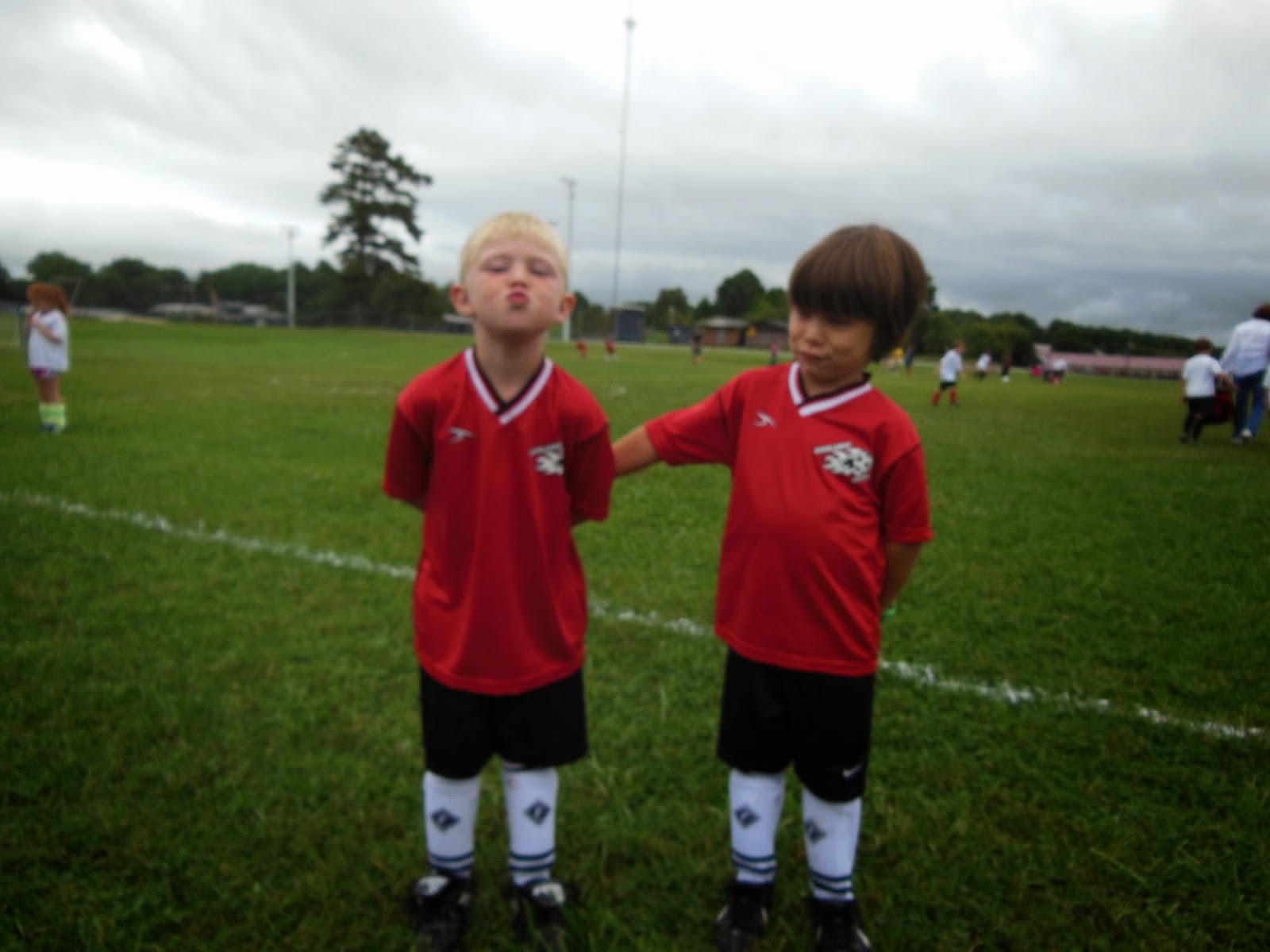 This was Lucas's first and more than likely last attempt at soccer.  It was a miserable experience for all parties.  The Dinosaur dragons were a mess on all kinds of levels.  I never say things like this and I probably shouldn't include these feelings in print, but I hated it!!!!  It was awful and Lucas could have cared less if he was in the game.  I think we started him too early and it was a nightmare.  And it was complicated (or made more fun) with his BFF on the same team.  These next few pictures will help clarify the season. 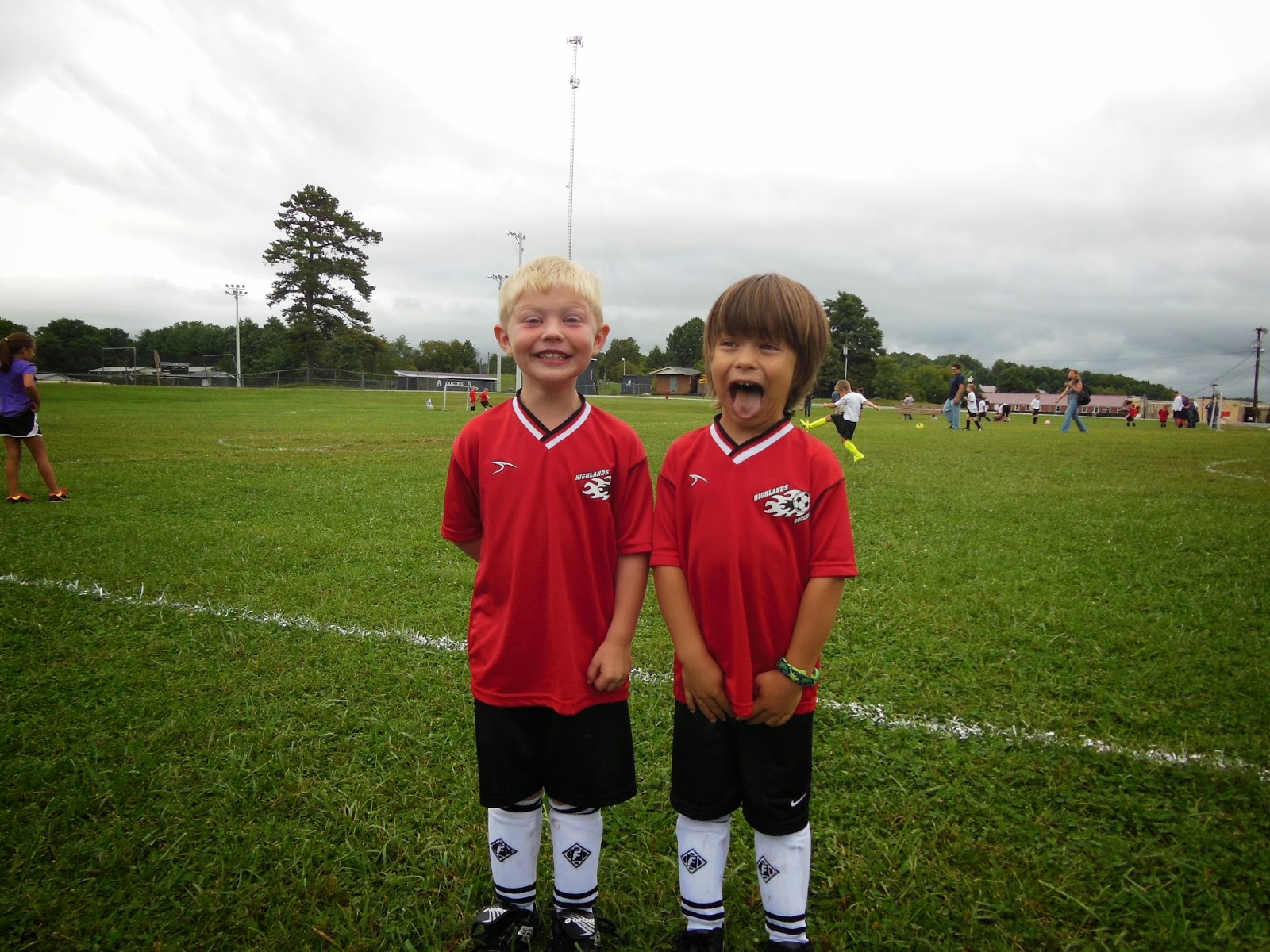 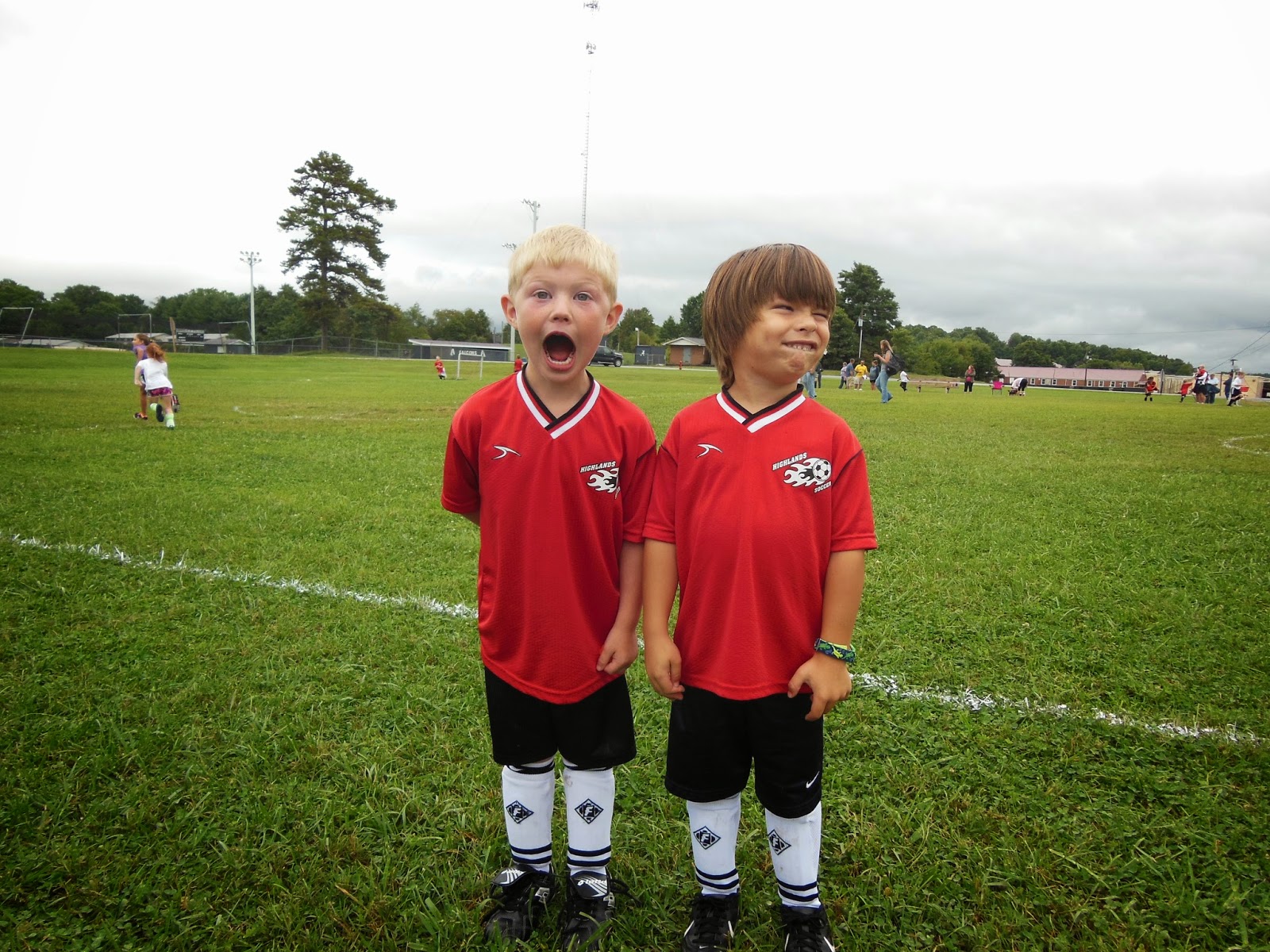 These guys crack me up!  You can see Lucas is making his famous "farty" noises. 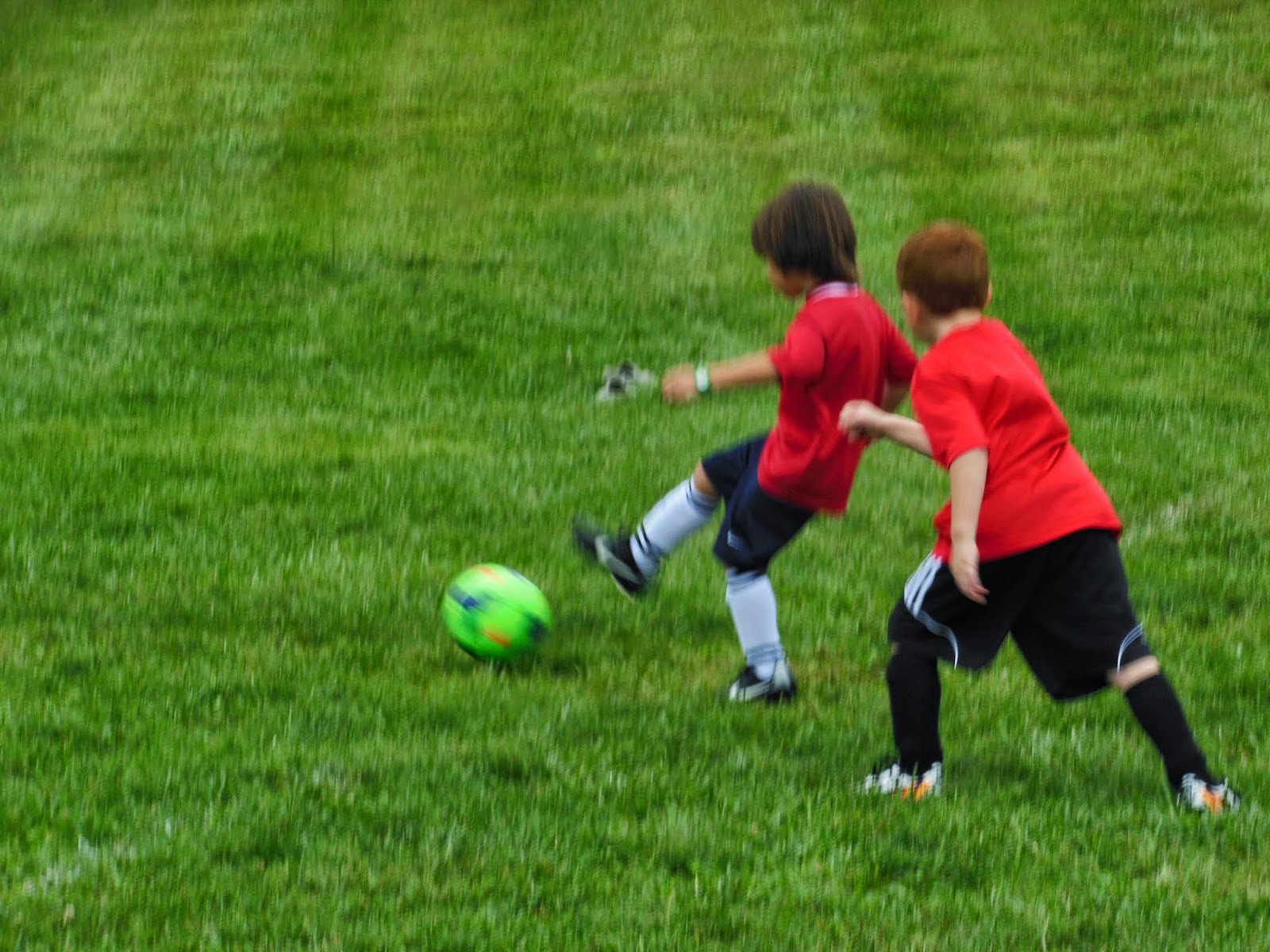 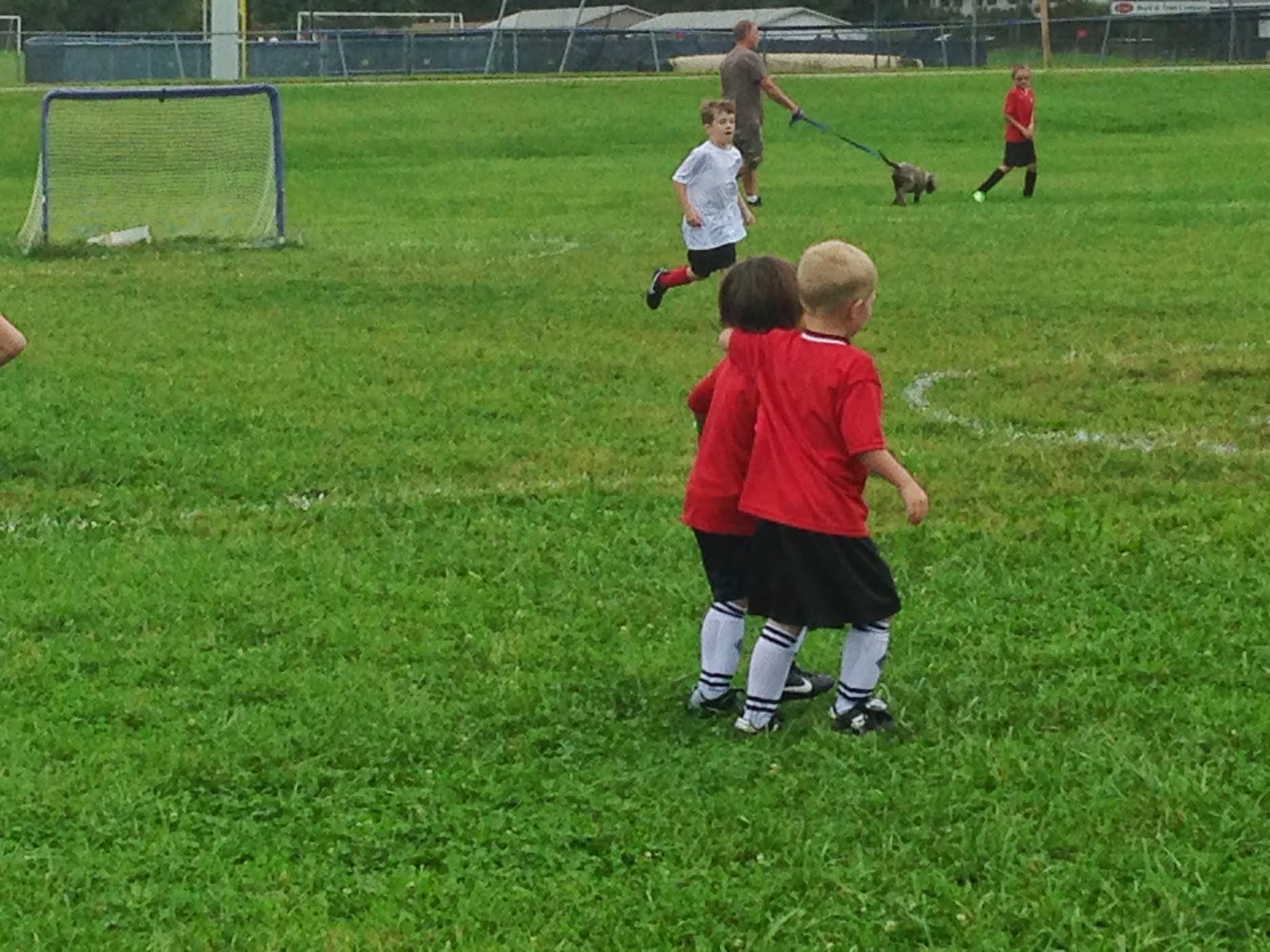 What mainly occurred on the field. 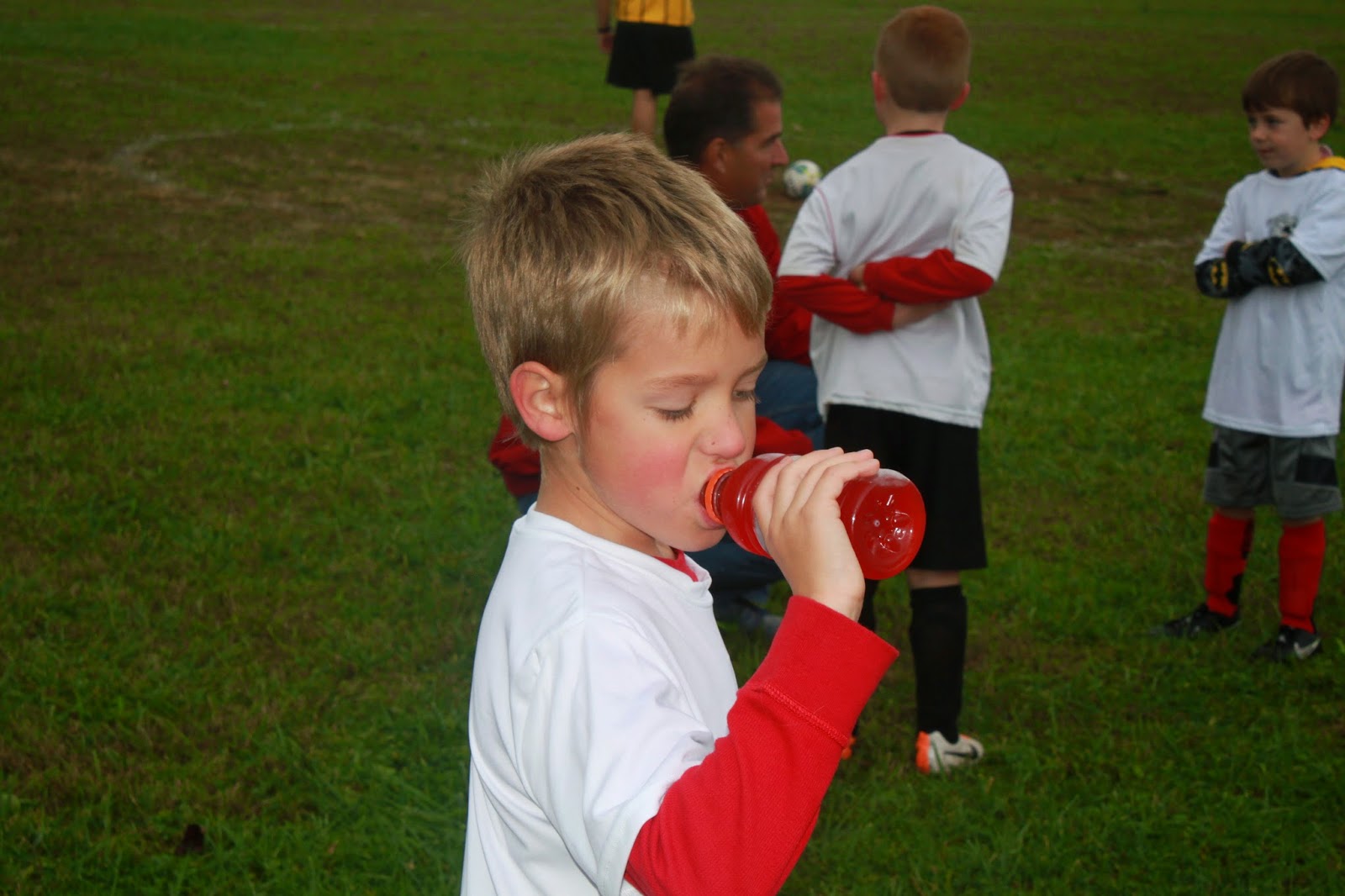 Sweet Hunter taking a break.  He is really good at soccer and I don't have as many pictures of him because the games are entertaining to watch.  I didn't have the chance to take many pictures. 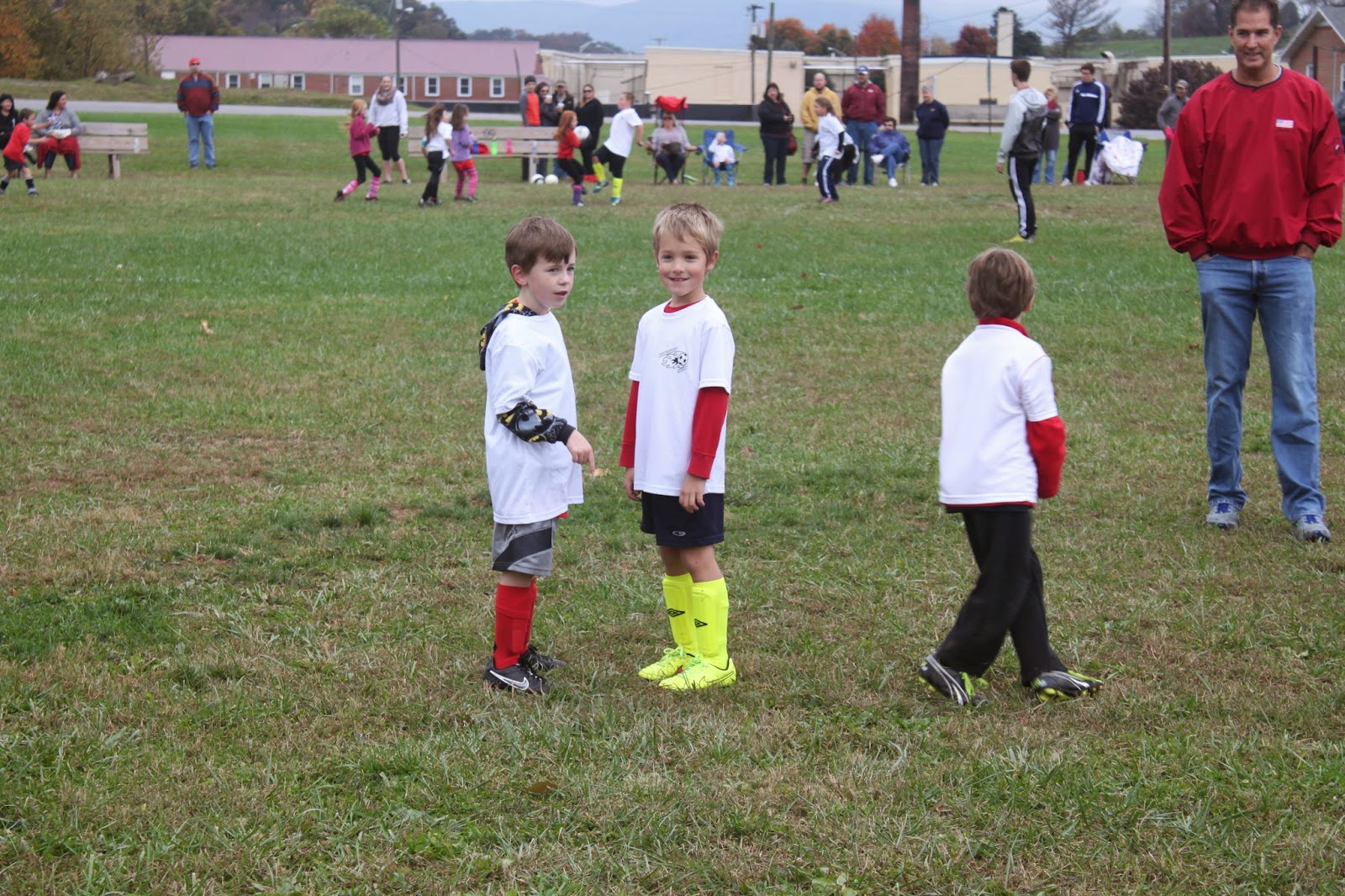 Even though Hunter is good at soccer, I'm not sure it will be his sport of choice.
Posted by Jaime at 7:57 PM