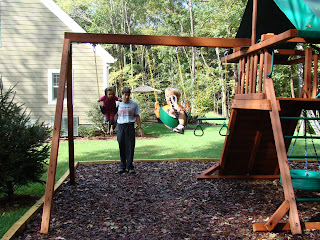 Nice weekend visit from Aunt Jenny and Chloe. The swing set is a hit and everyone loves to play on it! 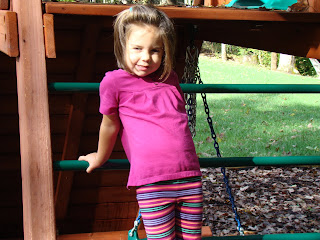 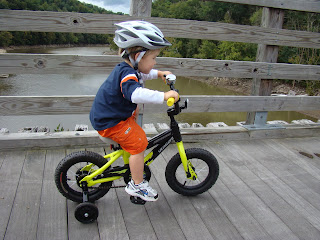 Here is our little Lance. He rode about 1 mile on the Creeper Trial. It was so much fun and he loved every minute of it. He rode across the bridge about 5 times. I really think he wore a path in the wood that afternoon. 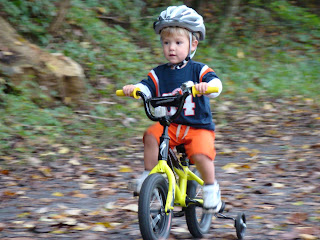 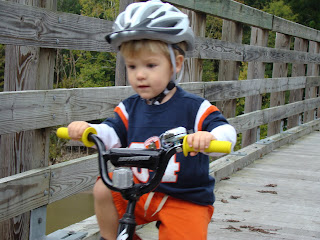 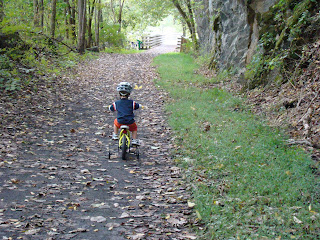 Headed for the bridge. 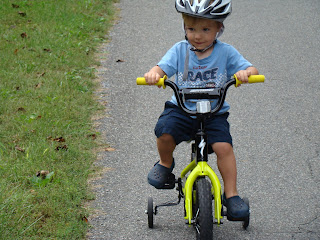 On our way to visit the neighbors. 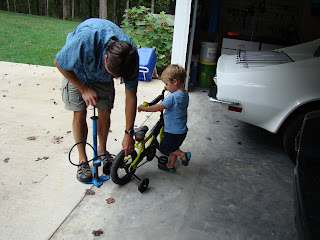 I really don't know who was more excited about this moment, David or Hunter. 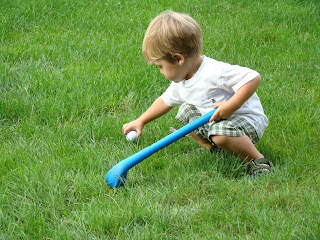 Played some golf last week and Hunter learned how to 'tee it up.' 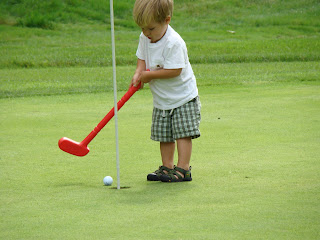 Getting ready to putt....and he made it of course!

You all know by now how much Hunter loves to ride on things including but certainly not limited to mowers, tractors, trucks...and on and on and on. Well, he finally is able to ride a big boy bike, or 'big bike' as he calls it. David and I were in shock. I just didn't think they made bikes that small and then I didn't think he could really do it. We stopped by outdoor store in Bristol where they also sold bicycles. David was looking at the fly fishing gear and I was looking at the shoes (yes, we were watching Hunter, it is a small store and the bikes were nestled in between the shoes and fishing gear) when Hunter just got on this little bike and started riding it around. It was a little too big, but once we asked to lower the seat he just took off like he had been riding for months! It was so much fun to watch his excitement. He could do it and he was so very proud of himself. Of course we took it home and it is the very first thing he asks to do every morning. The pictures are great and I hope he enjoys bike riding for a long time.