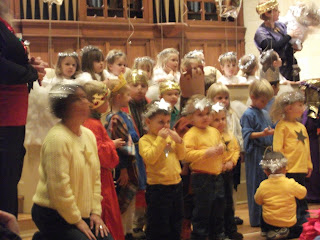 Hunter is in the 3/4 year old classroom and this year in the Christmas play he and his class were angels. I have to say he was the sweetest little angel out of the whole bunch. 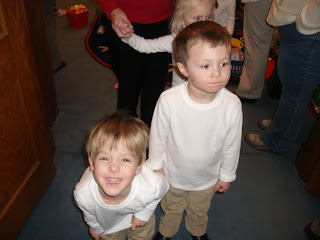 Hunter and his BF Adam. 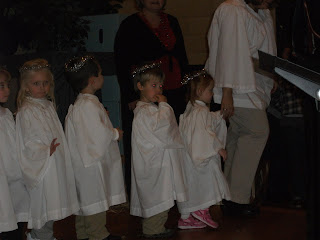 Just a little nervous in front of a crowd of people. 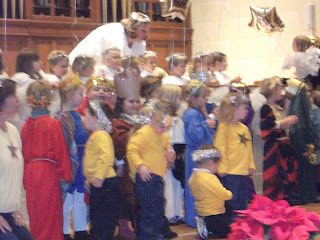 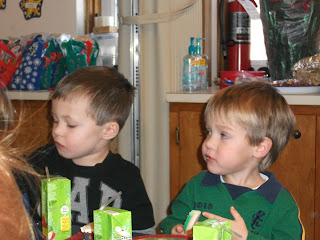 Not the best picture, but I was trying to capture him just licking the icing off the cupcakes. He doesn't eat any part of the cake...just the icing. 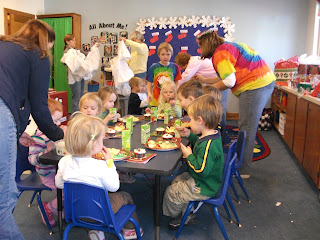 Hunter's classroom had a Christmas celebration. We were so lucky to still have the party considering it had been snowing and icing all week. The play was a huge success and I am so thankful that after all the hard work the kids put into it the program director still decided the 'show must go on.' This was the sweetest little Christmas play. I wish I could put up the whole video for you guys to see, but blogger seems to have trouble with videos. Hunter stayed focused and sang along with the rest of his buddies. He had a great time.