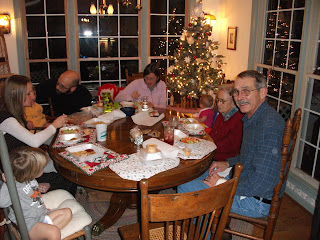 We had a great time visiting with Granddaddy and the York-Simmons family. Hunter has so much fun playing with cousin Eli and baby Linden and David and I love seeing and catching up with Kevin and Noelle. Unfortunately, our visits are short and far between. Hunter still talks about Eli and Uncle Kevin and asks for them daily. Hopefully, we will get to see them all again sooner than later. This trip we also got to spend some extra time visiting with Great Grandma Reeves. 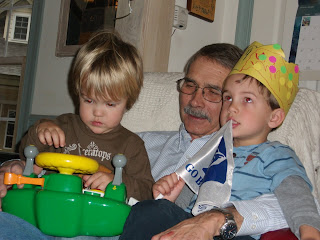 Lap time. Eli is such a cute kid, too bad he's got a hold of that ugly flag. We have some work to do there! 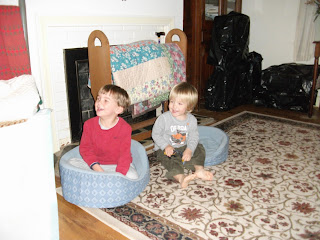 Wonder which one thought this would be a fun idea? Poor Benji and Toto....can't even escape to Granddaddy's room. 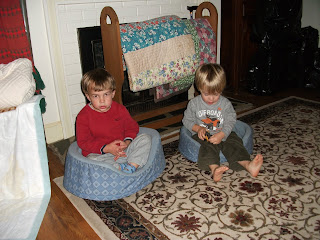 Maybe someone told them they weren't really dogs... 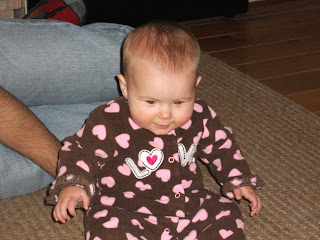 Our cutie pie niece! She had a blast watching the boys run around. 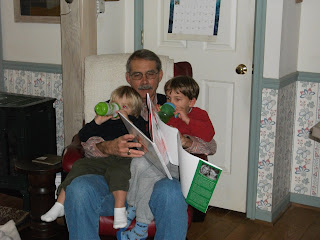 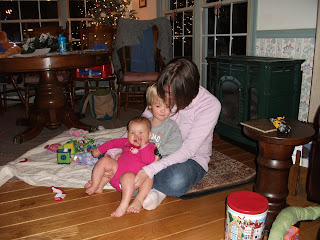 Hunter trying to hold the baby. He really is giving it a good shot. I think he is going to be a really sweet big brother. 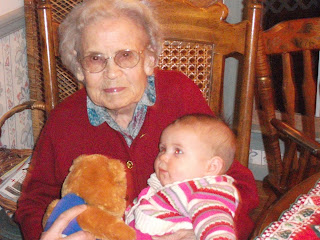 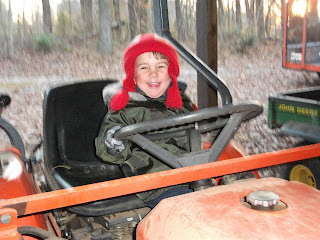 Hunter and Eli on the tractors at Norma's house. I think this might be Hunter's favorite spot. 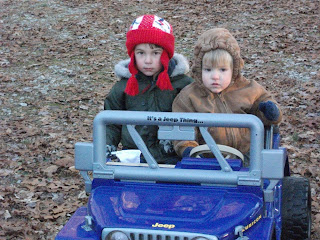 Jeep fun. It was really cold, but the boys had fun outside anyway. They did a great job taking turns at the wheel. I was a little worried how Hunter would react to getting out of the driver's seat. He has the Simmons car gene you know...
Posted by Jaime at 7:56 PM