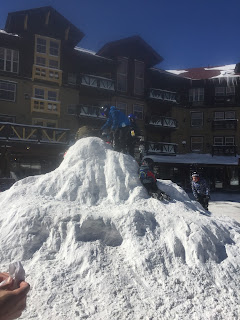 In the middle of town in Snowshoe the snowplows had created this enormous mountain of snow.  Kids from all over had created slides from each and every side of the snow mountain.  Thank you snow plow men for providing my children with an hour of entertainment while we waited for lunch. 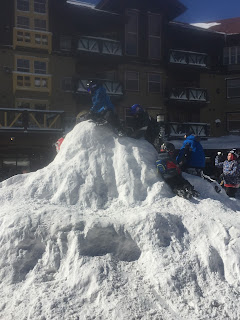 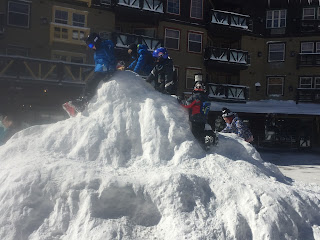 From this picture it looks like it would be relatively warm.  It's Valentine's weekend so it's the middle February and should be SNOW.  It should be cold...well, it was FREEZING!  I mean like really, stupid COLD!  The first day it was -18 with crazy wind gusts.  Yes folks that is a negative sign in front of the 18.  It was so cold but when you have the right ski gear and an ambitious set of kids you bundle up and SKI! 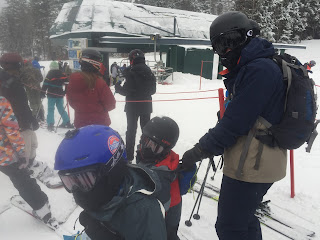 We stayed an extra day to ski and the Dawson family had to leave. The temps were slightly warmer.  We were out of the below zero range and into the teens.  It was, for all intents in purposes, rather pleasant.  The boys were warm and the wind was gone (as were the lift lines) and we skied for the rest of the day.  It was a last minute decision to stay another day but it was oh so worth it! 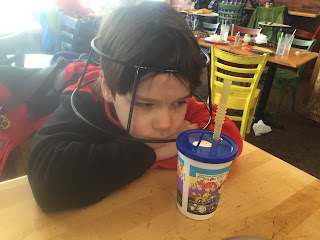 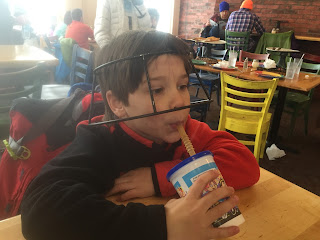 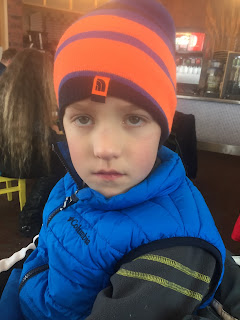 And someone did not! 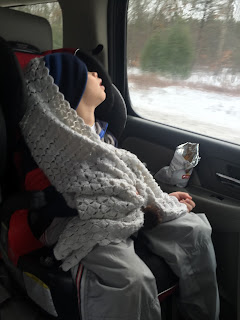 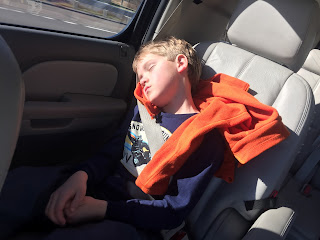 Headed home with tuckered out kiddos!
Posted by Jaime at 10:35 AM