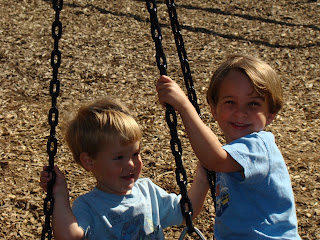 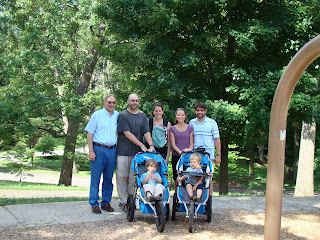 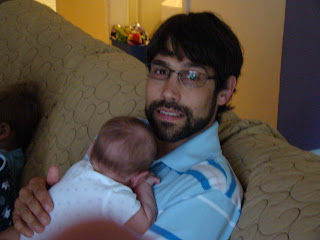 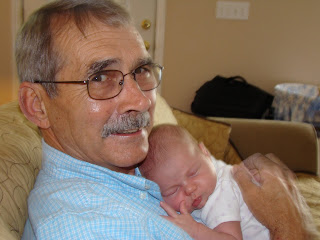 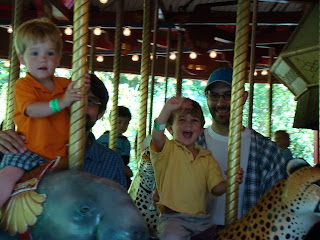 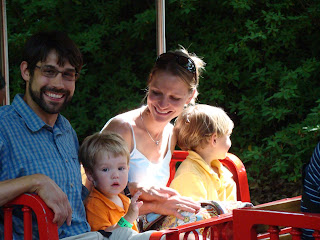 "We not going to ride the train again cousin Hunter!." 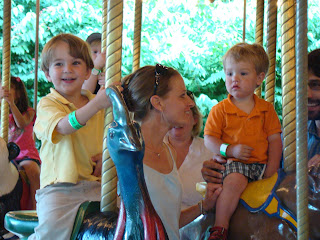 First carousel ride. Wish I could have captured his expression when it started....priceless. 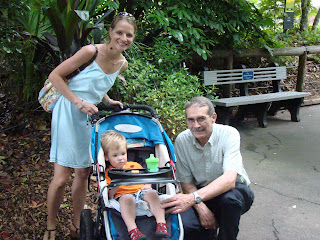 Trip to the zoo. Notice there are no animals in this picture.


The Simmons family just got back from a great little visit to the big city of Atlanta. David and I have a new niece, Linden Holly York-Simmons, so we all went down to squeeze on her and formally introduce ourselves. Granddaddy also joined us for the weekend so we got in some extra family time. Hunter was fantastic. He had his first stay in a hotel, which he thought was fascinating. We probably could have spent all three days in the hotel and he would have had a blast. He loved all the people, the long hall ways to run down, the elevator, and there was a huge fish aquarium in the lobby...he couldn't get enough of all these new things, and as a bonus he got to sleep in a great big bed with mom and dad! What could be better, right?
Little Linden is a beautiful baby, with the sweetest and cuddliest personality. Of course, she is way too small to do anything but eat and sleep, so we just took turns snuggling with her while the 2 boys played and played. Eli and Hunter had so much fun together and are really sweet to each other. They share (most of the time) and they would hold hands in the house and walking down the street. They really enjoy each others company and as they are getting older their developmental gap is closing. It is fun to watch them play and see how the dynamics of their relationship is changing.
In the big city of Atlanta there is just so much to do! The York-Simmons live just a few blocks from the zoo so we spent just about all day Saturday there. David and I just couldn't wait for Hunter to see the animals. We read about these animals, just about daily in many of his books. Well, Hunter was scared to death. I thought he was going to cry when he saw the elephants. I picked him up out of his stroller so he could see them and all he would say is, "back, back" after that he would not get out of his stroller nor would he even look at any of the animals. He tried to hide the entire time. The only exhibit he enjoyed were the otters! He did enjoy the carousel and the little train ride around the zoo. Those things made up for his fear of the animals! Maybe we will go back when he is a little older!
Posted by Jaime at 7:14 PM